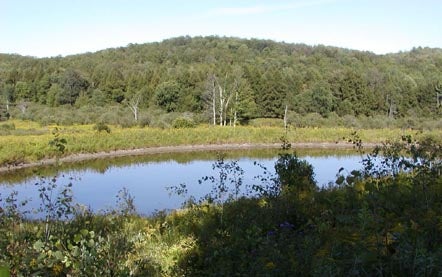 During an ordinary day of panfishing on a Staten Island pond, Princston Ramos went from sunny to money when he reeled in the catch of a lifetime. It’s just too bad the cops showed up before he could take it home.

Ramos, 15, hooked into buried treasure Wednesday when he landed part of a $ 1 million hidden stash from a robbery that had occurred earlier the same day, the _New York Post _reported.

Two armored car drivers, who have not been identified, stole the money from their truck and then hoarded it around the Westchester area and a Staten Island pond, police said.

The two men were supposed to deliver the money to a firm in Staten Island, but during their stop in Westchester, police said they took out most of the cash and hid it. Once the men reached Staten Island, they buried the rest of the money in the weeds at a pond.

The driver of the truck claimed he stopped to use the bathroom, while his partner left to grab some food. When they returned, the men said the truck’s gate was open and the money was gone.

Police said the suspects’ story raised some eyebrows from the start, so the NYPD began an investigation with the Port Chester police. “It’s safe to say that they’re not the most professional crooks to come down the pike,” one law-enforcement official told the Post.

But in the end, Ramos’ crime-solving cast proved to be the nail in the coffin as police arrested the two suspects shortly after the discovery. Police found the rest of the money in Westchester after the suspects cracked under questioning and disclosed the location.

Ramos, who for a moment was the richest ninth grader in Staten Island, won’t forget his valuable catch anytime soon. “I looked down and I saw it on the ground; large stacks of money,” Ramos told the Post. “All I see is money laying around. I was going to pick it up and return it. But within a few minutes, a police dog ran up to me.”