A Rumor of Cougar 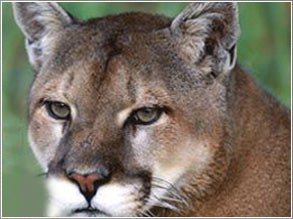 “Cougars in the East are the equivalent of UFOs,” says Mark Dowling, founder of the Eastern Cougar Network, which tracks and classifies verified observations of the cats by wildlife experts. “People say they’ve seen cougars in the East, but there is no concrete evidence”–meaning no DNA, no skeletal remains.

“I am always struck by how few Eastern hunters report seeing cougars, given the thousands of people who are in the woods every year,” Dowling continues. “With so many sets of eyes out there, any significant population would be evident during hunting season.”

Confirmed sightings in the Midwest piled up through the mid- to late 1990s, with rashes of appearances in Arkansas, Minnesota, and Missouri, in particular. But the Mississippi River seems to stop the cats like a brick wall (see the network’s map of sightings at www.easterncougarnet.org).

Yet reports of cats on the East Coast have added up. There were 24 accounts of cougars in northern Delaware in 2002 alone. Apparently there is a small group of perhaps two to four cats, described as free roaming by the Delaware Division of Fish and Wildlife. But they are suspected to be pets that were released into the wild. Other qualified sightings occurred in New York (a 1993 confirmed deer kill), Vermont (confirmed tracks and a sighting in 1995), and West Virginia (confirmed tracks in 1996). None of these cases is backed by DNA evidence.