My opening day of duck season always seems to involve a colossal blunder. 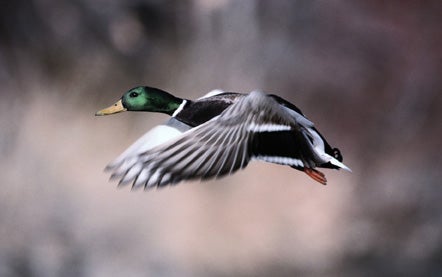 Every year, my brother Dan and I hunt the opening day of duck season. And each year, without fail, we manage to pull some boneheaded move. Three years ago, we left two of the three boxes of shotshells in the car. Two years ago, we set the alarm for 4 p.m. instead of 4 a.m. Last year, while paddling to our spot in the dark, I reached for the dry box at my feet, swung open the lid to retrieve a Twinkie, and heard a plop. Apparently, one of us had put the duck calls on top of the dry box because we never saw them again.

A boneheaded move, in fact, has become so inevitable on our duck hunts that we don’t even bother trying to ward against it anymore. We expect it. We look for it. And we cross our fingers, hoping it will not be colossally boneheaded, like the year we forgot the paddles for the canoe.

This year, we got off to a good start. We remembered everything. We got to our spot without a hitch. We even managed to kill a few ducks. Then at about 9 a.m., with the action having slowed almost to a halt, I cleaned a few droplets of rain off my eyeglasses, set them in the dry box right in front of me for a few seconds to defog, and said, “Let’s wait for one more good pass, then we’ll leave.”

“Sounds good,” Dan agreed, and we had to wait only about 10 minutes.

“Right there!” he whispered.

“Coming right at you! Wings cupped! Your side! Take ’em!

I stood up and finally saw a blur that looked vaguely like eight or 10 mallards, already flaring out of range.

“What do you mean?” he asked, looking at me a little closer. “Wait a second–where are your glasses?”

“Ahh, no wonder!” I opened the dry box, grabbed my glasses, and put them back on my face. “There, that’s much better.”

“That’s it,” Dan said, shaking his head. “That’s our boneheaded move for the year.”

“Yup, looks like it,” I said. “I suppose we might as well get out of here. I’ll go get the canoe.” So I walked into the bushes behind us, pulled the canoe to the bank, then circled around to the other end and started pushing it gently into the water, until it hung up on a mud monster. (The banks of this marsh are studded with clumps of mud and grass, which we call mud monsters because they seem to reach up and grab your canoe whenever you try to beach or launch it.)

As I pushed a little harder, trying to free the canoe, I said, “You know, Dan, we got off easy this year.”

“I guess,” he said. “Better than last year’s anyway, wouldn’t you say?”

“Well….” I shifted my weight for better leverage and had just begun to give the canoe a good hard shove when the mud monster suddenly let go.

“No. Nooo!” I yelled just after the canoe slipped from my hands and just before I fell face first. I pulled my head out of the muck, wiped a clump of grass off my forehead, and watched the canoe sail toward the deepest part of the channel. Then both of us stared, dumbfounded, as our chance of getting home without risking hypothermia to retrieve it slowly drifted away and finally settled on the far bank.

In the end, we decided not to risk death by icy water but did nearly die of embarrassment when the hunter we’d heard shooting downstream of us paddled up the channel. A nice guy, he clearly tried not to laugh but finally couldn’t contain himself.

“Sorry guys,” he said, composing himself. “You need a little help?”

“Thanks,” I said. “As you can see, we’ve managed to pull a colossally boneheaded move.”