It was little, it was cruel, but it killed turkeys. 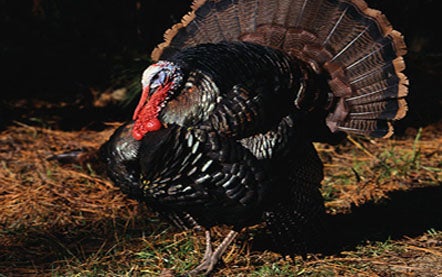 I rarely buy new guns outright. Most of the time, I trade up. And while trading up makes the cost of a new gun more manageable, it also means saying good-bye to old guns–which is never easy. Old guns are like old sweethearts: There’s usually a good reason why you don’t stick with them, but you still remember them fondly.

Not long ago, I traded in an old turkey gun–a 12-gauge single-shot I bought years ago at a garage sale for $60. I hadn’t used it in years but for the longest time just couldn’t bring myself to get rid of it. It had personality. (If I had to describe its disposition, I’d call it sadistic and misguided. But it had personality nonetheless.)

It was a little gun. It couldn’t have weighed more than 5 pounds or looked more harmless if it had had a cork and string. But that was far from the case. The day I bought it, my friend Steve and I brought it to the range. I put up a turkey target, chambered a 3-inch magnum shell, took aim, squeezed the trigger, and felt the earth pivot as a shock wave traveled from my shoulder to my brain, where it did several laps around my skull, then finally shot out through my toes.

Steve, thankfully, had been watching the target.

“Oh my God!” he yelled, looking back as if expecting to find his shoulder lying on the ground behind him. “What do mean, Â¿Â¿Â¿Not bad?'”

“Well,” I reasoned, “it isn’t bad. It’s more like horrible. Or horrific. I never said it wasn’t horrific. And besides that, it shoots a foot low. Look at your pattern. It’s right over the top of mine.”

The next day, I went back to the place where I’d bought the gun, hoping to return it. But the house was deserted, and a SOLD sign decorated the lawn. Only then did it occur to me that people often have garage sales right before they move and that I might have thought of that before I made the purchase. As it was, I was stuck with a cruel little gun that shot a foot low, and as I couldn’t afford anything better or to have a gunsmith put sights on it, I hunted with it.

That spring, I called a nice gobbler in close, took aim as usual, then quickly raised the bead a foot above the bird’s head and fired. And after shaking the cobwebs out of my head and popping my shoulder back in place, I found the bird dead as a stone 25 paces in front of me. And that’s the way it went for several seasons. The gun pounded the tar out of me, but I never missed a turkey with it–and somehow, I came to like the horrific little thing.

Even after I bought a better turkey gun, I kept it around for a while. Now and then I’d take it out and run a cloth over it, but eventually I realized I’d never use it and certainly wouldn’t pass it down. (Although I did briefly toy with the idea of keeping it around for use as a punishment for when I have kids. “Junior! Do I have to make you shoot the devil gun again?!”)

Eventually, I brought it to the gun shop to trade. I said, “It kicks like a mule and shoots a foot low, but it kills turkeys. Put on some sights and you could probably get $100 for it.”

It was the only logical thing to do. But I have to admit, I miss the little devil.