Dave Answers His Mail: What Kind of Fool 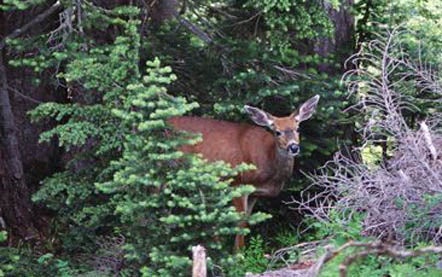 A couple of weeks ago I told you about two small bucks I passed up, and given my set of circumstances –including having spaced on the doe-tag application date–I asked you if I am an idiot for having passed on them (see “Pity the Fool”). Here’s what you had to say, in part:

* You did the right thing by letting those young bucks walk. After all, one may become a trophy buck. I’m sure you didn’t need the venison that badly. –Anonymous

* Passing up shots on young animals is something every ethical hunter should do, especially if he lives in an area underpopulated by mature bucks. Besides, did you not enjoy your time in the woods? Wasn’t the experience worth the effort? There is more to hunting than killing. –Jim, Palm Bay, Florida

* I am sure there are those who believe that you and all hunters everywhere should not shoot spikes and young bucks in order to propagate larger bucks with larger racks. But it ultimately boils down to whether you’re hunting for trophies or venison. The only thing dumb you did, it seems, is fail to be prepared with all the possible licenses. I say shoot the buck if it’s legal and heat up the oven! –Coy, Alabama

* Well, Dave, that’s a good question. If all you were looking for was to shoot some nice chops for the freezer, then yes, you’re an idiot. But if you were secretly holding out hope that a bruiser was going to walk out of the woods, lick you on the nose, and then go stand broadside at 25 yards, well, you’re still an idiot. We all dream of this happening, and occasionally it does, but don’t plan on it. I’ve learned that if a nice deer presents a shot, TAKE IT! Especially if you only have one tag. You may not get another chance. –Chris, LeMars, Iowa

* I will not say that you’re an idiot–maybe just a little slow. I don’t see a whole lot of bucks during the season where I hunt either, so I do kind of question your reasoning for passing up those bucks. But if the locals come down on you too hard, you can always tell them that it was a matter of conservation efforts and trying to start a trend among your peers, so that maybe someday, your area will produce more trophies. –Tim, Chino, California

* I don’t think you’re an idiot. I’ve done the same thing this year. Sooner or later, we’ll get another chance. I’ve gone whole years without seeing a buck, which is hard to take, and then I have years like this one where I see several. If we shoot all the small bucks, they won’t grow into big ones. I feel that the idiots are the pumpkinheads that go stomping and yelling around the woods, shooting whatever they see. Which quite often isn’t much. –Rick

* You may be an idiot if your primary objective was to put meat in the freezer, and missing out on the doe-tag draw was definitely a boneheaded mistake (not that we don’t all make those occasionally). However, if your objective was to make the hunt the most enjoyable you could, I would find you “not guilty” of the charge of being an idiot. You can’t fully enjoy the hunt if you tag out on the first thing that comes by (especially if it’s not what you’re really hoping for) and then sit at home wondering what might have been. My suggestion for future seasons would be to hold off until you see the buck you want, and if that doesn’t happen, be sure to get your name in the pot for a doe tag. –Doug

* Me too! Okay, maybe it’s nothing to boast about, but I’ve passed up several deer this year for various reasons, and to date, I have no venison in the deep freeze. –Joseph

* I feel your pain. I have passed up on four spikes this year already in the mountains of South Carolina. Like you, I was intelligent enough to miss the doe-tag applications. Naturally, I have sseen countless shootable does that I couldn’t shoot. Oh the tragedy! I know this much, if I see another spike before the end of the season, he is going down. –Brian

* You know as well as I do, Dave, that you’re never going to see a big buck if you don’t let those little fellers walk. I like venison as much as anybody, but I just can’t bring myself to take a yearling or 2-1/2-year-old buck. So on that count, no, you’re not an idiot. However, the doe-tag fiasco is something else again. Although this might be classified as an idiotic act, it does not necessarily classify you as an idiot. Dumb, maybe, but not an idiot. I speak from experience. I’ve done the same thing. Now, the really idiotic thing to do is to get your doe tag and still pass up a fat, mature doe on the off chance a buck will be following her. Unfortunately, for three years straight, I did that. Having learned the errors of my ways, the first big doe that showed this year is now in my freezer. –Rodger, Houston, Texas

* I’m in the same boat you’re in. I hunt in Massachusetts, and there are few deer in my area. I passed on a doe even though I had three chances to shoot her, and I have a doe tag. Since that experience, I’ve seen no deer and am really kicking myself for not taking the shot. We all dream of that big rack. But let’s face it, you can’t eat antlers. –Bradford

* You may be an idiot, but at least you’re not alone. I’ve only been hunting a few years, and I’ve already spent time second-guessing similar circumstances. –Joe, Philadelphia, Pennsylvania

I should admit that I was hoping to get at least one letter flatly calling me an idiot, if only to provide some variety. And lo and behold, in the very last e-mail to post before I put this column together, a reader named Phil came through:

You know you’re an idiot if you don’t get your doe tags when the date to get them is the same every year. Sorry, Dave, but you really might just be an annoying idiot. Thank you.

I should also note that the subject heading of Phil’s e-mail read: “Sorry, Dave, but you really are a lazy idiot.”

Taken together, then, that makes me a lazy and annoying idiot. So, I want to thank Phil for providing some variety, even though, technically, I never asked what kind of idiot I am. Even here, however, I can take some comfort in the fact that a lazy, annoying idiot is bound to do less harm in the world than, say, an ambitious, annoying idiot.

So, it could have been worse.