Dave’s Place: Back to the Range

A second chance for a gun brings promising results. 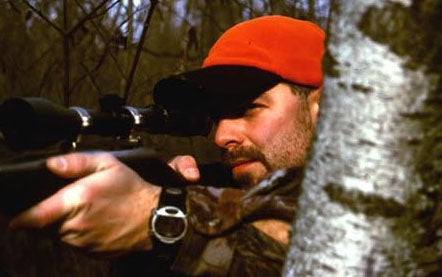 So the deer rifle saga continues (see “Deer Don’t Care” and “Gun Talk”). Those of you who’ve been following along know that after one trip to the range, I found that my new Winchester Model 70 Classic Compact kicked a tad harder than I’d hoped, didn’t group very well, and has a horribly heavy trigger. You may also remember that I left last week’s column deciding that despite the apparent problems, I couldn’t give up on the rifle without shooting it again.

Its second trip to the range did nothing to change the weight of the trigger, of course, but it did clear up a couple of other things.

Originally, I sighted in with two different types of ammo, neither of which grouped very well. This time, a third type consistently put groups within about an inch and a half, which is perfectly fine and would probably improve with a light trigger.

Also, the last time I had shot the rifle only from the bench on sandbags, without holding the fore-end as firmly as I would in field-shooting positions. Now, as before, the little gun jumped off the bags. But as soon as I shot it offhand, I realized that the rifle’s jumping at the bench made the recoil seem more violent than it really is. From various field positions (with a firm grip on the fore-end), the kick was actually very manageable, if not mild.

Given that, the gun is now at the shop getting a trigger job. Assuming all goes well, I’ll be keeping my M70 … and I’ll be calling Paulie to tell him what a smart choice I made.

But let’s go back to the recoil situation for a minute. This week I received a reader e-mail that brings up an interesting debate regarding kick. Below is his response to my original assertion that my rifle kicked a bit harder than I’d hoped:

RULE NO. 1 – RECOIL ONLY OCCURS WHEN SIGHTING IN.

I shoot a .30/06 BLR using the maximum loads I can, and I can honestly say I have never felt any recoil when shooting deer. So get the trigger fixed and regroup it on sandbags with a thick shoulder pad. As long as the groups are okay, you won’t have a problem.

I suppose I could point out that recoil actually occurs whenever you pull the trigger. But that would be nitpicking. In fact, I agree with Bill that you don’t feel recoil when you’re shooting at game. But I don’t necessarily agree with his conclusion.

Before I start rambling on about what I think, though, I’d like to hear what you think. Does recoil affect field accuracy? Is there an advantage to hunting with a light-kicking rifle? Please send your comments to davesplace1@aol.com.