Just what was that oinking in the woods? 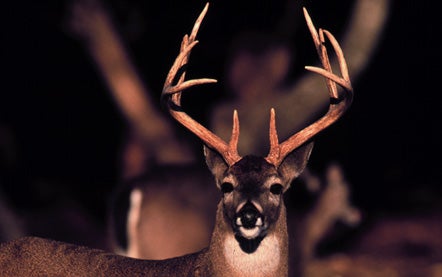 Last weekend marked the opener of the early muzzleloader season around here-and, I can’t help but believe, an inauspicious start to my deer season. On Sunday morning, I hit the woods with my brother Greg. Between us we saw no deer, too many hunters, and a pig.

If I can, I usually avoid hunting deer on weekends, especially opening weekends, but Sunday was the only day Greg could go, so the two of us went to a spot where over the past several years of hunting during the week, I’ve run into only a few other hunters.

Apparently, however, there is a considerable contingent of folks who hunt this spot on weekends, because when we got to our destination-a place I’ve always happily regarded as a relatively quiet and unknown spot-it was crawling with hunters. As we walked along the path leading into the woods, two four-wheelers, loaded down with hunters and gear, zoomed past us. A couple hundred yards into the woods, we bumped into a pair of guys sitting on a stump, smoking cigarettes, who informed us that there was another hunter a little ways down the ridge-uncomfortably close to the spot where I’d planned to hunt.

Fortunately, according to them, the area I planned for Greg to hunt was vacant. Having grown up hunting small game only, and having lived out West for the past several years, Greg has almost no experience hunting whitetails. Moreover, he was carrying a bow. He’d have to get very close to a deer to have any chance, so I planned to put him along a narrow bottleneck at the bottom of a steep ridge, where I had passed up a small buck during last year’s muzzleloader season.

With my original strategy out the window, I figured our best chance lay with Greg. So, just before we split up, I did my best to explain to him where to sit. “Follow this trail to the far edge of the ridge. Go all the way to the bottom of the other side, and set up just inside the woods, where they open up a little.” In retrospect, I probably could have explained this a little more clearly.

In any case, for my part, I decided I’d head deeper into the woods where I figured I could still-hunt away from all the other hunters. Instead, I wound up shaking hands and chatting with the portion of other hunters who thought they could do the same. Finally, about midmorning, I decided to call it quits.

I walked to the bottom of the ridge and followed it north to where I expected to find my brother. But he wasn’t there. So I called out his name, and he answered from halfway up the ridge.

“Did you see anything?” he asked.

“Well,” he said, “I don’t really know it was a pig. I never actually saw it. But it sure sounded like a pig.”

Not sure where this was going, I changed the subject. “What are you doing up there?”

“Isn’t this where you wanted me to hunt?”

“No kidding,” he said. “If I’d been down there, that pig-or whatever-would have gone right past me.”

“What makes you think it was a pig?”

“It was making pig noises.”

“Oinking, like this,” he said, doing his best oinking pig impression.

I lifted my grunt call to my mouth and offered a few notes.

In the end, we went home with neither venison nor pork.