Dave’s Got Mail: The Competitive Spirit

You say it's all about respect and camaraderie-not about winning. 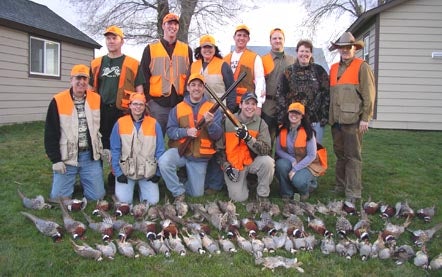 LAST WEEK, I ASKED whether hunting should be a competitive sport in general, and in particular where you stand on contest hunts, in which a prize is awarded for the biggest coyote, the heaviest hare, the highest-scoring rack, or in some cases the largest number of varmints. Here are excerpts from several of your letters:

If people want to participate in a competitive sport with a gun or bow, they should go to the range and do so. The kind of competition you described seems at best a disregard for true sportsmanship and at worst an out-and-out slaughter. If the competition is meant to help the environment by reducing the numbers of harmful introduced animals like nutrias or certain wild pigs, I’m in favor of it as long as it’s done with respect toward the animals, which means no baiting, no large groups of people pushing, or other questionably ethical techniques. Otherwise, to me, taking an animal to try and win some money isn’t hunting; it’s just killing.

I do not believe hunters should enter the woods for the purpose of trying to win a prize. Body-count varmint hunts are especially unsportsmanlike. We have enough critics as it stands, and there’s no need to give antihunters another reason to condemn the sport. I find it difficult to think of a contest that I would consider sportsmanlike, even the big-buck contests. I think every hunter’s prize is that they continue to have the right and freedom to enter the woods in pursuit of wildlife every hunting season.

I think it’d be great to have a contest bounty on coyotes here, as we have too many of them. That said, I don’t really like the killing-for-cash situation when it comes to anything other than nuisance animals. It just seems very cavalier. Coyotes and coons, though, are a nuisance and without trapping and hunting their populations grow unchecked.

This year in upstate New York, a sportsman’s club came under fire for holding a coyote hunt contest. They charged a $5 entry fee and offered prizes for the largest animal. Their logic was that coyotes are devastating the area’s whitetail population, and they wanted to encourage more hunters to actively hunt coyotes. The state Department of Environmental Conservation was quoted in the local papers with the official opinion that coyotes do not have a substantial impact on the deer population. The local club feels otherwise, and I share that view. I feel anything that can promote and encourage the sport of hunting is a good thing!

Should hunting be a competitive sport? Absolutely not. It cheapens the hunting experience, the value of the animal being hunted, and the image of hunters as a whole. That said, as long as the rules of fair chase are observed, no game laws or civil laws are broken, and the animals harvested are used in a responsible manner and not just thrown in a trash heap, it’s hard to call contests unsportsmanlike. It all comes down to a matter of respect for the animal being harvested.

I would not participate in an organized prize-money hunt unless the animals were declared by a credible source to be a pest. Even then, participating in an organized hunt just feels wrong to me. Maybe my reluctance stems from my opinion that prize money and trophy fever seem to attract yahoos.

I have mixed emotions about hunting contests. On the one hand, I feel that making hunting into a competition lessens the experience. On the other hand, I believe that if these contests are taken with the right attitude, they can be a great way to share the outdoors with friends and family, annd meet new people who share the same passion. I suppose it’s the spirit of the participants that matters the most. If you’re trying to surpass the other hunters, you’re missing the point. Instead, enjoy the time afield, and be grateful for any game you are fortunate enough to take.

We seem to be in a chronic contest mode these days. Survivor and all the other adolescent un-reality shows play into this modern, twisted idea that everything must be made into a competition. I suppose body-count contests for predator kills was inevitable. I wonder how many of the dead coyotes and other varmints will be made into useful pelts, and how many get thrown into the woods after the count is over. The way some hunters obsess over Boone and Crockett scores is a similar yardstick-for-vanity preoccupation.

As for ethics, I see nothing necessarily wrong with getting together for a “contest” (especially charity events) where participants can meet and socialize with more of their kind. But PLEASE, let’s not get too statistical about it. And make sure you are fair and respectful with the game you seek.

It strikes me as wrong that an animal should die because some guy wants a new pair of snowshoes or a DVD player or whatever. It just goes against my grain. The hunt should be for the sport, not a prize at the end of the day. Then again, unlike almost everyone I know, I’m not a big fan of killing coyotes anyway. I like to listen to them.

Big-buck contests are something else. Nobody goes out with the objective of killing the biggest deer in the county or the biggest deer of anybody in the contest. If it happens, it happens-I would guess by luck in the vast majority of cases. Again, it’s a season-long contest, too. I’ve entered a few but never won anything. I see nothing intrinsically wrong with it. If Mr. Muy Grande steps into my sights, so be it. If he doesn’t, well, maybe next year.