The dope on the catfish-slime-licking phenomenon. 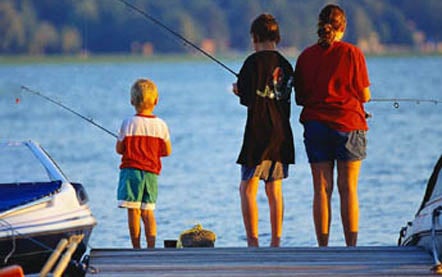 Big news for catfish lickers and their parents: No doubt many of you have heard (or tried to discover firsthand) that licking saltwater catfish-commonly called sailcats-can produce a hallucinogenic high, and that hooked teenagers along the Gulf Coast are paying up to $200 for the opportunity to lap up the gooey substance that oozes from the skin of a freshly caught specimen.

News of catfish licking first broke five years ago in a Florida sportfishing magazine, but a more recent article in the Tallahassee Democrat (“Catfish Licking: A New High?”) quickly spread over the Internet and became a hot topic among fishermen, teenagers, and concerned parents. In it, Dr. John Hitron of the Florida State University marine lab is quoted as saying, “I’ve heard of people licking [BRACKET “catfish”] and getting zoned like they’re on LSD.”

Reportedly, when ingested, sailcat slime produces the sensation of being underwater. I should note, however, that the cats I have licked-for journalistic purposes only-have merely produced the sensation of having whiskers. And in fact, I do have whiskers.

The Democrat article doubtless informed many otherwise ignorant or skeptical parents, who were made aware of the need to investigate fishy odors, to periodically check teenagers’ bedroom closets for saltwater fishing tackle, and to discourage unchaperoned parties at piers and beaches. Since then, uncorroborated anecdotal evidence seemed to suggest that parents might also check dresser drawers and book bags for doughballs, which, supposedly coated with the hallucinogenic slime, may go by the street names “dopeballs” and “cat-nips.”

With the practice widely known, the question of how long people have been secretly licking catfish became a topic of some speculation. Several anonymous and unaccredited linguists took a second look at the slang term cat. Thought to mean “happening dude” and widely used during the freewheeling jazz era of the 1920s and revived during the drug-induced years of the late ’60s and early ’70s, some believed it to be a reference to early catfish lickers.

These people and others, however, were no doubt shocked by the latest development: In a follow-up article, the Democrat has revealed that catfish licking is a hoax. Staff writer Tony Bridges announced:

OK, listen up catfish lickers.
You’ve been punked. There’s no hallucinogen in the slime.

According to the article, Doug Olander, editor-in-chief of Sport Fishing Magazine, made the story up for an annual April Fool’s special in 2000. Parents who suspected their teenagers of catfish licking are breathing a collective sigh of relief, while some would-be catfish lickers are likely breathing a collective sigh of disappointment. Despite the revelation, however, there is concern that it may do little to discourage the practice now that it has caught on.

Siding with caution, sportfishing authorities continue to discourage catfish licking, though with the news that catfish slime is actually harmless, they have since softened their stance. For those anglers who just can’t help themselves, authorities merely recommend that if they intend to only lick, and not eat, a given sailcat, they should lick it as quickly as possible and return it to the water immediately thereafter.