Hunting contests, if they go on, should be fair, not foul. 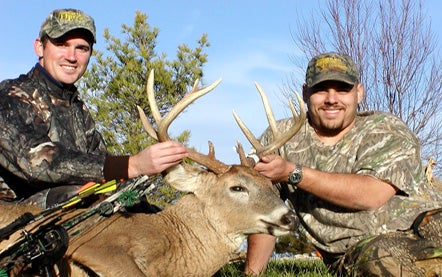 Having asked you if hunting should be a competitive sport and more specifically whether contest hunts are unsportsmanlike, I posted excerpts from some of your answers last week. Most of you didn’t like the idea of hunting for cash and prizes but stopped short of condemning contests in general. Lo and behold, it seems I’m with the majority this time.

Several weekends ago while grouse hunting, when my friend Jo and I met up with a pair of coyote hunters who told us there was both a coyote contest and a snowshoe hare contest going on that weekend, I’ll admit it didn’t sit very well with me at first. On its face, the idea of killing animals for a chance to win a few hundred bucks or a new rifle pretty much disgusts me. As many of you pointed out in your letters, it seems a blatant lack of respect for the game animals involved.

Then there’s the point made by John of Michigan in last week’s letters: “We seem to be in a chronic contest mode these days. ¿¿¿Survivor’ and all the other adolescent un-reality shows play into this modern, twisted idea that everything must be made into a competition.” With big-dollar fishing tournaments and hunters obsessing over Boone and Crockett scores, I don’t think there’s any doubt that this mentality has spread into our sports, and hunting contests can’t do anything but fuel that fire.

Finally, I agree with a pair of points several of you made; I do think contests can cheapen the hunting experience by adding an element-and for some, a motive-that shouldn’t need to be there. Isn’t hunting rewarding enough without putting a price tag on the quarry’s head? Moreover, some contests no doubt compromise our collective reputation.

So, personally, I don’t think the sport of hunting should be made into a competition, and it wouldn’t bother me one bit to see contest hunts largely disappear. But I can’t go so far as to call all of them unsportsmanlike, provided that there is a bag limit, that prizes aren’t awarded by body count, and that they’re governed by the rules of fair chase. And I’d be remiss not to point out some potentially positive aspects: Some do provide an opportunity for folks to get together with fellow hunters in an atmosphere imbued more with fun than competition. Some raise money for charity. And some do encourage additional legal hunting for species whose numbers need to be thinned.

If folks can hit the woods without the prize money in mind but with fun, camaraderie, and the hunting experience as their motivation, then there’s probably no harm done. I just wonder if everyone is able to do that. I also wonder if we couldn’t duplicate the positive aspects of contests without putting price tags on the game animals’ heads. A raffle would suit me better-or an equal share of the prize money for the guys who get skunked.