I'd like to thank my wife for putting up with my boneheaded moves. 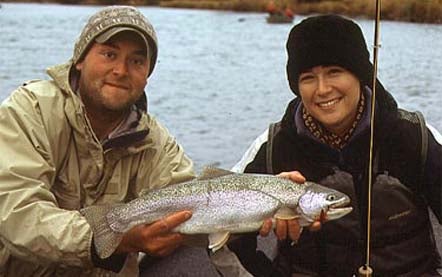 Several weeks ago, I told you a story about all the stuff I’ve lost by putting it on top of my car and driving away. I also mentioned that my wife, Robin, helped break me of that habit by taping a sign to my steering wheel that read, MORON-a gentle reminder for me to check the car roof. Well, as I was writing that column (see “Car Trouble”), I felt I should get Robin’s permission to tell you what she’d written on the sign, and she was a little reluctant at first. After all, there are certain things between husbands and wives that don’t need to be made public. Nonetheless, she eventually gave in-with a caveat.

Noting that whenever she appears in this column it’s usually to set me straight on some point, she feels that she has come off as a tad smug and regulatory. I pointed out that she more likely comes off as the only person in this house with any sense, but I agreed to redeem her in an upcoming column.

Truth is, vindicating Robin should be pretty easy, as she is neither smug nor regulatory. But since this is a hunting and fishing column, I need to figure out how she is best redeemed as a sportsman’s partner. The first thing that comes to mind is that she lets me go hunting and fishing pretty much whenever I want to. I’ve heard that not all spouses are so amenable in that regard. Robin, however, seems to be perfectly fine with the fact that during large parts of May, October, and November, I’m off traipsing the woods or walking a stream. She not only accepts this but supports it, which is pretty darn considerate of her.

On the other hand, it could be she’s just glad to get rid of me.

No, the key, I think, is to look deeper into the relationship between sportsman and spouse-to the root of that dynamic. And having done so, I’d say the one fact that speaks best to Robin’s patience and goodness is that she hasn’t killed me (yet). When you consider that sportsmen are people who spend as much free time as possible away from home, and that when we do come home we often bring a dead animal or two with us, that we spend all our extra money on rifles and rods, that when we aren’t hunting or fishing we’re talking about it, and when we’re not talking about it we’re thinking about it (usually when they’re trying to talk to us about something else), it becomes pretty clear that the quality most needed in a sportsman’s partner is the forbearance not to strangle us dead.

What’s more, if you’re like me, the stupor that comes from getting up at 4 A.M.-whether to chase deer, turkeys, or ducks-makes us prone to boneheaded moves, which only add to the number of reasons and opportunities for our partners to string us up.

For example, there was the time I stuffed a deer I’d killed into the trunk of Robin’s car because I forgot to bring any rope or tie-downs. Actually, this wouldn’t have been a big deal except that some neighbors saw the large bloodstain in the trunk and have been spreading rumors about us ever since.

And there was the time I returned home whupped from a turkey hunt, spaced on the fact that I was wearing face paint, and ruined the new duvet and pillow covers on our bed.

And there was the morning I thought I could butcher a buck before Robin woke up, knowing perfectly well that the only rule in the house about my bringing home dead animals is that I make sure she doesn’t have to see them. Lo and behold, she got up early, gazed out the window to greet the new morning, and witnessed me hacking a skinned-out carcass into quarters over a carpet of blood in the snow. It reminded her of a scene from Fargo.

And who could fforget the morning I plucked a turkey just inside the woods near our backyard without noting the wind direction and covered her vegetable garden in feathers … or the time I was late for her friend’s wedding because I lost track of time on the water?

Still, after all that (and much more), I’m still here to tell about it. Plenty of folks will say that they owe their lives to their partners. It should come as no less a compliment to our partners to know that we mean it literally.