Never look a gift turkey in the wattles. 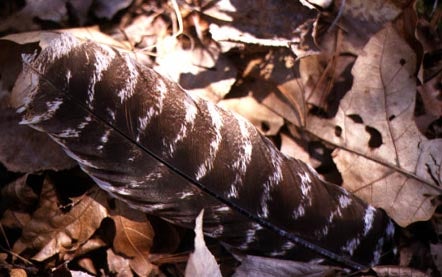 Well, I finally gave in. The turkey that had gobbled nonstop since April in the woods behind my house-the one I felt might be a little too close to the backyard to hunt with a perfectly clear conscience, the one I decided I wouldn’t hunt unless he was still gobbling and I was still gobblerless by the last week of the season-finally wore me down.

This past Sunday began the last week of the season. I was indeed still gobblerless, and that night, just before dark, the bird was gobbling, as usual, to the creaky hinge of my gas grill as I made dinner. If you read the column posted four weeks ago (see “Meet My Neighbor Tom”), you know that this bird has been taunting me, gobbling virtually every time I step out the door or open a window.

Since the beginning of the season, my friend Phil has been telling me to just go get him. Over the phone several weeks ago, he said, “Why wait?”

“Well,” I answered, “I think he’d be pretty easy to kill, and I might wind up feeling a little guilty about it.”

“Don’t,” he said flatly. “There are so few sure things in hunting. You shouldn’t feel guilty when one falls in your lap.”

“Besides,” he added, “most of the things that look like sure things, aren’t.”

Still, I put off hunting the bird. Instead, I’d been thinking of him as my ace in the hole-an easy bird I could fall back on in case my luck ran thin elsewhere. And though my luck has run fairly well this season in terms of calling birds in, it’s run pretty lousy in terms of tagging them. All four of the gobblers I’ve had within or almost within gun range have, for one unexpected reason or another, walked or flown away unharmed.

So, Sunday night, as I lifted the lid of the grill to flip the burgers and my bird shouted another gobble at me, I decided it was time to cash in on my sure thing.

I set up against a big maple tree in a small patch of open woods about 100 yards away from the roost and right in line with the small hidden field the tom would always go to in the morning. He started early, gobbling on his own with only the first hint of blue light in the sky, and he went on gobbling-to every call I made, every owl that hooted, every crow that cawed, and every pileated woodpecker, wood thrush, and mourning dove-until the sun popped over the horizon and gilded the greening treetops. Finally, I cackled while slapping my hat against my knee, and he crashed down off his roost and hit the ground with a thump. He never made another peep-but he was walking right to me.

He closed straight in to about 70 yards, then circled around the swampy swale between us and stepped into the little patch of open woods where I was sitting. Over the barrel of my shotgun, I could see his white forehead bobbing through the trees and hear his footsteps in the dry leaves, getting louder.

Then, at about 45 yards out, his white head popped straight up and alert, and I heard another set of footsteps closing. Suddenly, the gobbler started to sprint toward me, opened his wings, lumbered into the air, and went thrashing through the trees almost directly over my head. The next thing I heard was some muffled mumblings as I turned to see the hunter, at the edge of the swampy swale, shaking his head and walking back the way he came.

When the next morning broke, I was wide awake and thinking about my gobbler. Problem was, I wasn’t in the woods, or even out of bed. Instead, having heard the gunshot ring out from the woods behind my house, I was awake and staring at the ceiling, reevaluating my decision to give the bird a day to ccool off and get back into his regular routine-and questioning the reliability of sure things.