Rodents barfed out on the carpet, wild turkeys stalked in the yard-what's a cat-owning hunter to do? 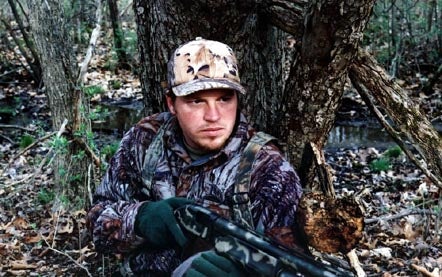 There’s long been considerable controversy regarding outdoor cats and their impact on prey-animal populations, particularly songbirds. Some years ago, Field & Stream ran an article on this topic, which was answered with a spate of angry letters. More recently, a proposal in Wisconsin to legalize the hunting of feral felines has precipitated death threats from cat lovers.

Well, I certainly don’t want anyone shooting either of my cats, Jax or Beaker. But I’d be lying if I didn’t admit that they are stone-cold murderers. They do in fact leave a certain percentage of their victims uneaten and lying unceremoniously to rot, usually on the patio just outside my office door. This is too bad, in part because I walk out there barefooted on occasion.

But in their defense, they do eat the majority of what they kill. They also typically barf it up as soon as they enter the house, but at least their intentions were honorable. That some poor rodent has to die only to become a bloody pile on my carpet is not so much blameworthy as it is merely unfortunate, in part because I walk around the house barefooted, too.

What’s more, for whatever reason, my cats kill very few songbirds-or at least they don’t bring them home. For the most part, it’s mice, moles, shrews, and chipmunks, although each spring we usually have to rescue a baby bunny or two from their jaws. In all likelihood, these little cottontails die shortly after we release them, and their deaths would probably be more meaningful if they were eaten, but what can I say? No matter how unsentimental you may think you are, you cannot be unaffected by the cuteness of baby bunnies.

Recently, Jax and Beaker have taken a keener interest in bigger game, which has begun to mitigate the problem of their prey going uneaten. Last fall, Jax dragged home a full-grown ruffed grouse, and although he did not eat it, I did (on a hard roll with melted cheddar and bacon).

Just recently, we almost had a young spring turkey for dinner. Looking through my office window, I saw a hen turkey walk out of the woods and into our yard. A second later, a good-size poult popped out, following its mother. Soon a long train of young turkeys was filing out of the woods until the last, trailing a little behind, came slinking into view. Even without my glasses I could tell that there was something wrong with this one; it was much shorter and darker than the others and seemed to be crouching very close to the ground. Finally, when I put my glasses on, I found that the last poult was not a poult at all but my black cat, Beaker, bringing up the rear as the procession zigzagged across the yard.

Perhaps emboldened by this, Beaker has also taken to growling at the deer that visit. The last time she did this, I let her out to see what would happen. She bolted through the door, down the deck stairs, and into the yard where she crouched in the unmowed grass about 15 feet from the lead doe. More than once she looked ready to pounce but in the end thought better of it-which was the right decision. Just this week, my wife told me about a friend’s cat that did pounce on a deer and consequently got its clock cleaned. Apparently, the doe nearly stomped the life out of this cat, and the owners aren’t entirely sure if Fluffy will make it.

Of course, none of this would be a problem if I just kept my cats indoors. But honestly, how can one hunter deprive another? I will keep Beaker in, however, when the deer are around. I honestly don’t think my cats significantly reduce the number of local songbirds, and there seems to be an endless supply of the rodents they kill. But I’d be happier if the resident deer herd didn’t decrease my household cat population.