How To Survive in the Ocean When Your Boat is Sinking

“It was like looking down into the eye of a hurricane, except I was looking up.” That’s the way Mark... 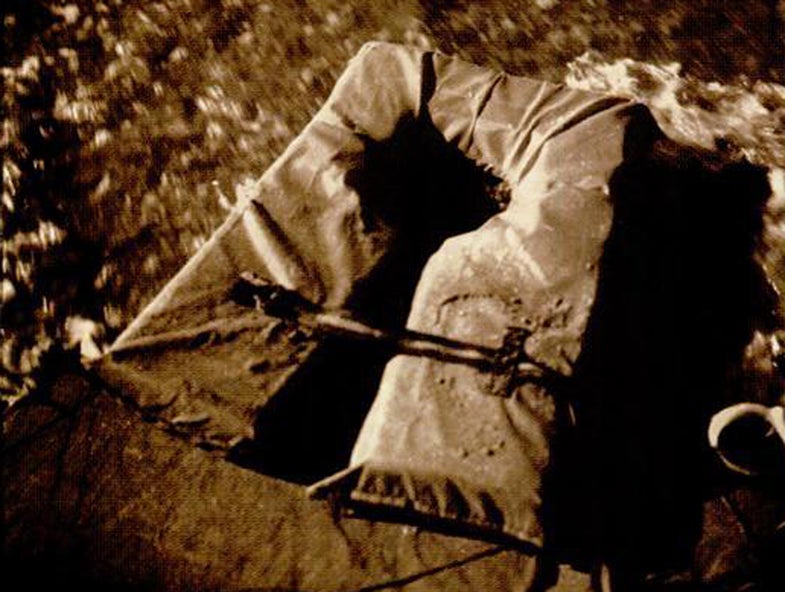 “It was like looking down into the eye of a hurricane, except I was looking up.”

That’s the way Mark Hawkinson recalls the March day three years ago when he, a friend, three children, and Capt. Allen Sifford, the guide they had hired to go redfishing, nearly perished in the Gulf Intercoastal Waterway south of Corpus Christi, Texas. The forecast had been for overcast skies and scattered showers. There was no word of the near-100-mile-per-hour winds that would tear the watch off Hawkinson’s wrist. After the guide had dropped him off on a sandbar to wade-fish, the sky became a mass of “pukey, pearly” clouds. The temperature fell 20 degrees in minutes, and as the rain lashed him like bullets, the guide came roaring up in his 21-foot V-hull and yelled at him to get the hell in the boat.

For the next two hours the men and boys held tight as the boat fought the waves. Sifford recalls that it was like being hit by car-wash spray. Visibility was just inches. Shouts were drowned in the storm. It was so difficult to keep from being washed overboard that no one thought to put on life preservers, which were stored within reach. Motoring back to shore, with the seething waves running against the side of the boat, was not an option. The only hope was to try to steer a course toward a shallow bar where a rickety wooden fishing shack stood on pilings driven into the sand. Sifford had marked a nearby buoy on his GPS, which was miraculously able to obtain satellite positioning through the dense cloud cover.

The captain shouted out his location into the boat radio, hoping his Mayday calls would reach the Coast Guard. But he had laid his antenna down as a precaution against lightning, and the signals didn’t get through. The boat bilge was filling with water as he steered toward the position marked on the GPS. When he drew as close to the buoy as he dared, he threw the anchor, and the men and boys jumped overboard. Within minutes the boat had sunk onto the bar, stringers of redfish and coolers floating over its gunwales. Clinging to each other, with the smallest of the children on Hawkinson’s shoulders, the crew slogged through the hip-deep water.

The platform was invisible until they were right next to it. Climbing up, they took refuge for seven hours while the structure swayed and the pilings groaned.

At 10 P.M. a Coast Guard helicopter, following a 2-mile-long debris trail, spotted the silver flash of the motor on Sifford’s capsized boat. A frogman jumped into the sea. “I’m looking for three guys and three kids,” he said. “You’ve found them” was the answer, and one by one the shipwrecked crew of red-fishermen were lifted in a basket from the water.

Unless you want to fault a higher power for the weather, you just have to shrug. Certainly Hawkinson and his group should have donned life jackets, but other than that their actions were exemplary. The Coast Guard commended Capt. Sifford for his foresight in identifying the only sanctuary they had a chance of reaching, and for repeatedly attempting radio contact. As bad as their day was, Sifford can now joke that it was worse for the clients of another guide, who took refuge in portable toilets on an island before the wind blew the johns over.

(1) Prepare for contingencies by filing a float plan, then stick to it.

(2) Tune your radio to the National Weather Service to listen for small-craft warnings, and heed them.

(3) If you capsize or fall overboard, stick with the boat. Swimming exposes more surfaces of the body to cold water, hastening the onset of hypothermia. It’s also much easier for rescuers to spot a boat than a head bobbing in choppy water. If you can’t reboard the boat or crawl on top of the floating hull, assume the Heat Escape Lessening Position (HELP) with knees drawn to chest, ankles crossed, and forearms crossed over chest to insulate the body’s core.

(4) Wear a life jacket. As a group, sportsmen are the most reluctant to wear them. Coast Guard Cmdr. Kim Pickens of Portsmouth, Virginia, recommends the new user-friendly life jackets, including inflatable suspenders and belts that layer comfortably over clothing, and more traditional Type III jackets that permit free movement of the upper torso and arms for fishing or shouldering a shotgun.

A GPS and PFD. Mark Hawkinson would not be here to tell his story if Capt. Sifford hadn’t had a GPS unit on board.