Lean on Purple for Wall-Hanger Walleyes

Wall Size: The walleye hunter who’s more interested in filling wall space than stomachs wants that tail to stretch past... 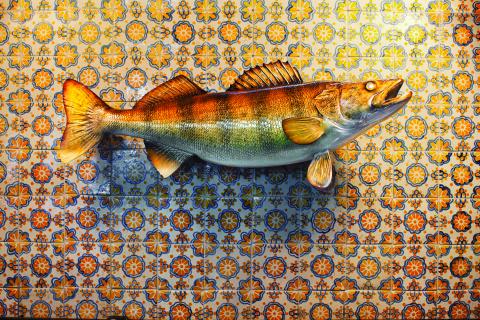 Wall Size: The walleye hunter who’s more interested in filling wall space than stomachs wants that tail to stretch past 30 inches. Such a fish is going to weigh between 9 and 15 pounds, and it takes a specific habitat to rear one. You’re not likely to stumble across a big walleye in small water. Find a large, deep lake with a serious supply of hefty forage like trout and perch.

Special Case: A cult of flyfishermen chase walleyes in spring, when they come shallow to spawn. If you have the opportunity to put a 5-plus-pounder on your wall with a Woolly Bugger in its mouth, do so–you may not get another chance.

✖ Victoria Beach, Manitoba Huge Lake Winnipeg boasts a strong number of trophy “greenbacks” that feast on plentiful baitfish.
✖ Green Bay, Wis. The 7 miles of Fox River running from De Pere Dam to Green Bay are a haven for big walleyes during the spring spawn. Once they leave the river, fish for them over the vast Green Bay reefs.
✖ Port Clinton, Ohio With large populations of perch, gobies, and shiners, Lake Erie’s west end has long been a top trophy destination.

Home Waters: You might have seen Brian “Bro” Brosdahl fishing on several TV shows. Or you might just know him by his reputation for guiding clients to 30-plus-inch walleyes on Leech Lake. Leech reaches depths of 150 feet, giving big walleyes a cold place to ride out hot summers. Vast weedbeds also offer tremendous cover and feeding areas, and an abundance of tullibees keeps Leech ‘eyes well fed.

Trophy Hunting: “Big walleyes really put the feed bag on in fall, especially at night,” says Brosdahl. “Full-moon periods always seem to produce the heaviest fish.” Early in the night, Brosdahl targets breaks and shelves in the 14- to 20-foot range. As the night wears on, he’ll work shallower, as the walleyes tend to creep up the edges of weedy flats when the moon gets higher in the sky.

Top Lure: Brosdahl puts the most stock in trolling, and the first lure he’ll send out is a 61⁄4-inch Rapala Flat Rap in Purpledescent, which he runs 4 to 6 feet deep. The lure’s metallic back, and the contrast it creates with the white belly, really “calls in the big fish,” he says. Brosdahl keeps one running in deep water and the other right over the edge of the flat.

Top Bait: Brosdahl often slow-trolls 5- to 8-inch golden shiners, which appeal to big walleyes and are active on the hook. Brosdahl starts in the 20-foot-depth range and trolls toward the edge of the flat, working an S pattern up and back down the slope.