by Kirk Deeter The French have won six world flyfishing championships by being masters of catching trout in the trickiest,... 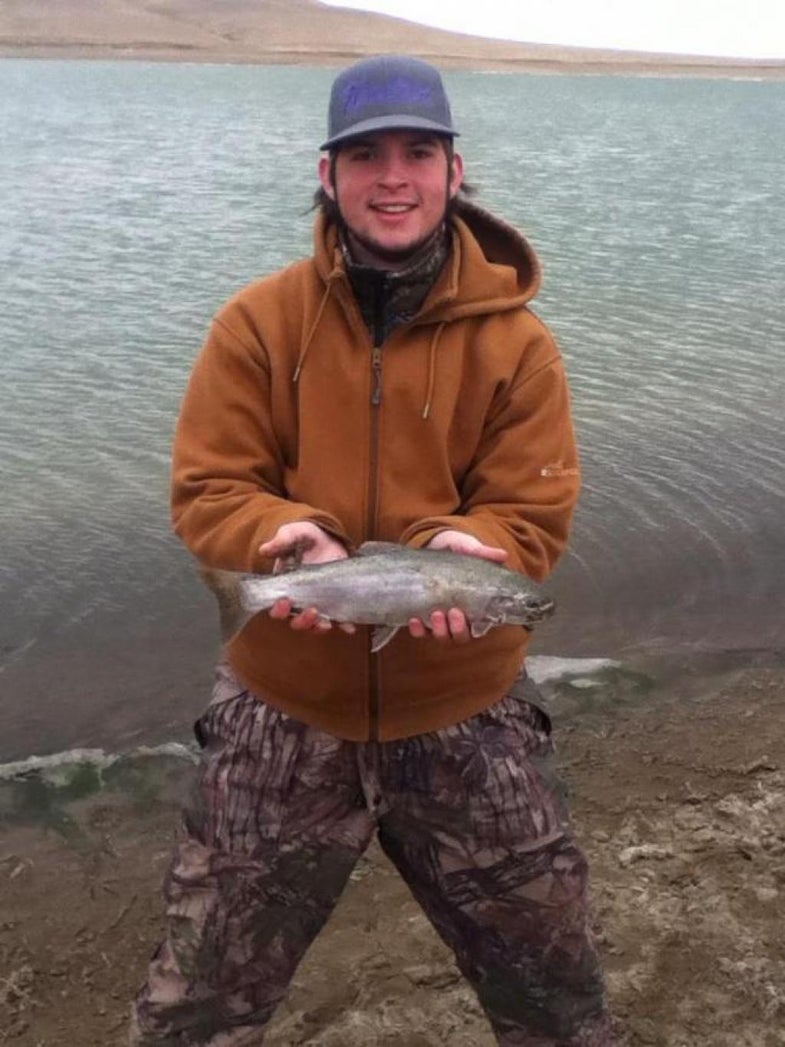 The French have won six world flyfishing championships by being masters of catching trout in the trickiest, most technically demanding conditions–clear, shallow water and slow-moving currents. When you find trout in these situations, and they are not eating dry flies, the best option is to throw light nymphs on a long, fine leader. The French have devised a rig for this scenario that works better than anything else.

Their twist (literally) is a coiled, two-toned sighter, sometimes called a Curley Q. The sighter is actually at the end of a standard leader, making the total leader system very long–16 feet or more–which can make casting tricky. A deliberately long stroke and wide loop is necessary here. And casts are made upstream rather than working perpendicular to the current, as the Czech tactic requires.

The Rig: Here, the same style of rod used in Czech nymphing works, but you’ll need to chop 5 feet from the tip of the weight-forward floating line. From the line connect an Umpqua 9-foot Power taper leader (butt section at least 2X), followed by the Curley Q.* The length of 5X tippet that extends from the Curley Q should be 2.5 times the water depth. The dropper fly hangs on an 8-inch tag, and the point fly is tied to 5X or 6X tippet 18 to 20 inches below the dropper. *Make a Curley Q: Take a 24-inch section of Jan Siman Bi-­Colored Indicator Material (­blue​quill​angler.com) and tightly wrap it around a 3-inch finishing nail. Boil the line-wrapped nail for five minutes, then freeze it for 24 hours. Make perfection loops on both ends.
**
The Flies:** Fish a size 16 (or smaller) tungsten Zebra Midge as the point and a size 18 Soft Hackle Pheasant Tail as the dropper. Egan’s Frenchie is also a great all-around nymph for this tactic.

Where It Works: This rig is ideal in spring creeks and clear tailwaters–water where you know the fish are eating nymphs and emergers, but you think the splash made by a dry fly in a dry-dropper rig would spook your targets.
**
How It Works:** Cast upstream and let the flies drift over your target fish (1). As the flies come downstream, lift the tip of the rod to gather the slack in the line. When a trout takes either fly, the Curley Q will stretch ever so slightly. Set the hook. The long leader makes the cast tricky, requiring a deliberately open loop. After the coil starts to lose its memory, you can refreeze it into form, but once it kinks like a telephone cord, it is ­ruine…finis!