Use Glow in the Dark Tape to Fish at Night

by Colin Kearns __ A few summers ago I spent a weekend hunting muskies in Hayward, Wis., with guide Scott... 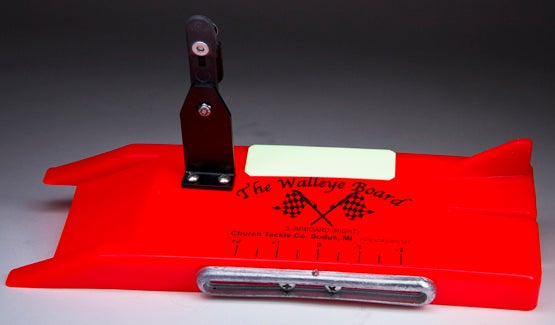 A few summers ago I spent a weekend hunting muskies in Hayward, Wis., with guide Scott Kieper (715-216-0664). We cast jerkbaits for as long as we had daylight, then prepared the trolling spread for the night. I learned several tricks from Kieper, but one of my favorites came as I watched him rig the spread. By the time the baits were ready, night had fallen. It was pitch black. I wondered how he’d be able to set his planer boards at the proper distances because you couldn’t see a thing out there. Then I saw the light.

See, Kieper kept a small lamp aboard to use as a light source for filming anglers fighting big muskies at night. He also used the lamp to deliver a quick, bright charge to the strips of heavy-duty, glow-in-the-dark tape ­(glow​in​outdoors.com) that he stuck on his boards. After a few seconds under the light, the tape radiated–allowing Kieper to track the boards in the water and run them precisely where he wanted. Even in the dark, he could see exactly what he was doing.