Has Fishing Lost its Next Generation?

When I was a boy, the parking area at New Jersey’s Amwell Lake on the morning of the trout season... 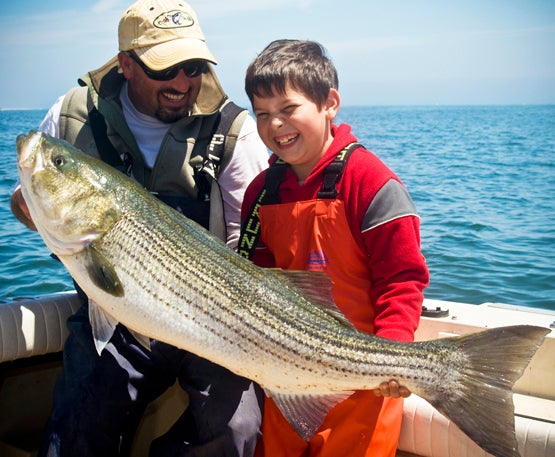 When I was a boy, the parking area at New Jersey’s Amwell Lake on the morning of the trout season opener was as full as a lot at Chuck E. Cheese’s during five birthday parties. Dads and grandpas rigged rods while kids ran around the shoreline.

Today, I can’t remember the last time I saw a kid on a bike with a rod. I can count on both hands the number of children I’ve seen over the past few years fishing the same waters that I did as a kid. I hear similar stories from anglers everywhere. Has fishing lost its next generation?

Thanks to organizations working on novel ways to solve the problem, the answer could be no.

Better Living Through Fishing
According to Frank Peterson, president of the Recreational Boating & Fishing Foundation–which founded Take Me Fishing, a program designed to introduce more children to the sport–only half the kids under the age of 12 who fished for the first time in 2011 will fish again this year. It seems getting a rod in a kid’s hands one time isn’t enough to spark a lifelong passion. The parents need to be hooked, too, and the organization is trying to achieve that goal by promoting the sport not just as an isolated activity, but as a means to get kids out in that healthy, fresh air. It is also pushing the conservation benefits of fishing.

“Young parents are concerned about the environment,” says Peterson. “They’ll buy reusable bags for the grocery store but need to realize that money spent on fishing licenses helps the environment, too.”

Many states are adopting a similar approach, by designating free fishing days–no license required–and with programs like Florida’s Take a Kid Fishing and South Carolina’s family fishing clinics. Pennsylvania hosted nearly 100 family fishing events in 2011 with small groups of 25 or so tightly focused on one discipline, such as ice fishing, flyfishing, or mother-daughter fishing.

Fish in the Classroom
Three years ago, Take Me Fishing helped launch the Explore the Blue program in schools across the U.S. for grades K through 5. This weaves fishing and environmental content into standard subjects instead of making them special studies. Students chart fish growth as a math lesson and write stories about imaginary fishing trips for English.

A survey given to parents of those students, says Peterson, showed that 82 percent were more interested in taking their kids fishing. So how do they get started?

Taking kids on short trips to local waters is one way. Nine-year-old Alex Dorris already has a 40-pound striper and 70-pound bluefin tuna under his belt, but learned the sport at a local pond. “Early trips need to be short, sometimes only 20 minutes,” says Darren Dorris, Alex’s father. “I increased the length of outings over time. Keep it fun and light. You can never get mad over a lost fish. Get an ice cream afterward to solidify fishing as a positive experience.”

Peterson claims the number of kids fishing is staying flat, not decreasing. I hope he’s right, and that continued forward thinking in states like Pennsylvania and by organizations like Take Me Fishing will rear more kids like Alex Dorris, who now outfishes me every time he’s on my boat.