They’re commonly called schooling or umbrella rigs because these large multi-lure setups mimic an entire school of baitfish. With up... 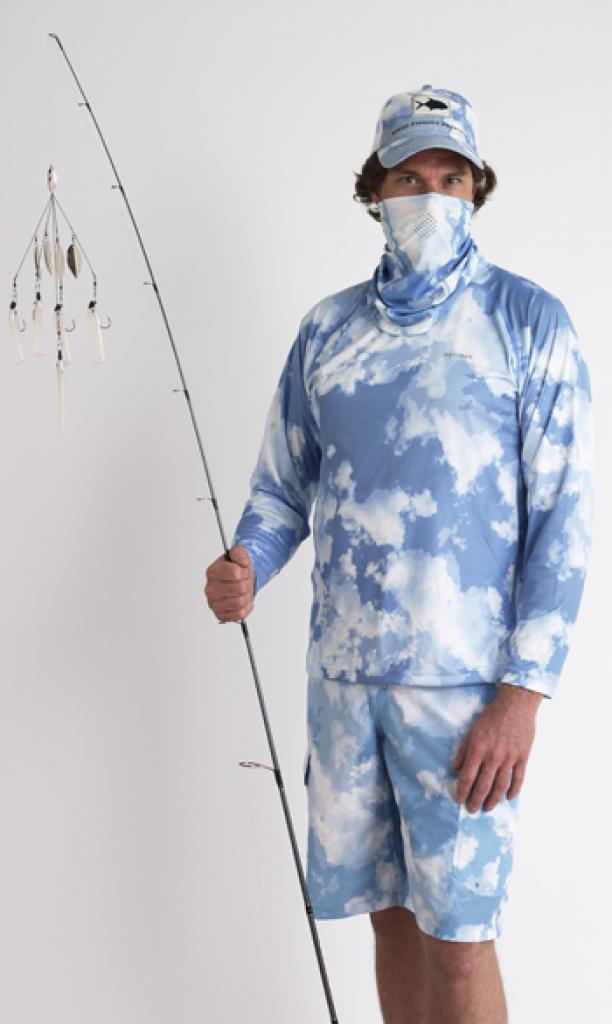 They’re commonly called schooling or umbrella rigs because these large multi-lure setups mimic an entire school of baitfish. With up to five hooks, their purpose is to catch a lot of fish in as short a time as possible.

Fishing camouflage is made for the angler who stalks his fish and factors in everything from the surroundings to the angle of approach before making a cast. The former is intended to produce results with a minimum of skill. The latter is supposed to enhance an angler’s stealth, and arguably the entire fishing experience. These are two very different approaches to fishing, yet both were visible indicators of trends in the tackle world at this year’s International Convention of Allied Sportfishing Trades (ICAST) show last July in Orlando, angling’s biggest trade show.

What does it say about the sport when manufacturers add more hooks and spinner blades to lures and call on military intelligence to help design a shirt? Part of the answer is that they realize anglers are likely to try anything new that might help them catch more fish.

Spreading Out
The Alabama Rig was the first schooling rig to hit the bass scene in 2011, and it sparked controversy in the tournament world. BASS quickly outlawed them in Bassmaster Elite Series tournaments, and nine states consider umbrella rigs with three or more hooks illegal. Other states restrict the number of hooks that can be incorporated or allow them only on certain bodies of water. Still, the gangly rigs have generated huge interest from recrea­tional anglers, and companies like Yum and Berkley quickly developed their own versions. At ICAST, I wasn’t surprised to see several lure makers capitalizing on the craze with large saltwater models, and tiny three-arm versions light enough to cast on a trout stream. There was one that could drag three topwater frogs across the pads at once.

While some anglers believe that these rigs can catch fish anytime, anywhere (and marketing hype does little to dissuade that notion), they’re not magic bullets. Far from it. “Umbrella rigs are tools designed for targeting suspended bass,” says Elite Bass pro Dave Wolak. “They have a time and a place, but people are using them everywhere in any conditions, even in situations where they’re not appropriate. The same thing happened when the Senko first hit the market.”

There’s no doubt that these rigs catch fish, but I question whether that’s enough incentive to overlook the downsides: Heavy rods and line are required, which are tiring to cast and rob fight from the fish. Also, I took a few umbrella rigs to a local lake over the summer and learned within minutes that they don’t work in shallow water. They are magnets for weeds and grass and hang up on structure a crankbait might bounce right off. I lost two within an hour before taking the third to a deeper part of the lake. It ran well there but was cumbersome to cast on the heavy muskie rod I had to use. “I think these rigs will eventually run their course,” says Wolak. “Now that many anglers are using them, the playing field is equalized and I think they’ll start to lose their effectiveness.”

Blending In
Fishing camouflage is not new. What started many years ago as a product to help spearfishermen remain unseen gave way to a plethora of small companies developing patterns for anglers. This year, major fishing apparel makers that have only dabbled in camo in the past are trying to reinvent it with some fresh takes. The new Amphibious Assault line from Columbia–researched, developed, and tested by military camo designers–features digital salt- and freshwater patterns meant to break up your silhouette against the sky and bank vegetation.

“When we looked to add camouflage to our arsenal of gear, we relied on the science behind camo used by the best in the world,” says Joe Boyle, general merchandise manager at Columbia. “If the guts behind Amphibious Assault are good enough for elite special forces around the world, they will be sure to conceal even the most avid of fishermen.”

Simms, on the other hand, took a page from Mother Nature’s book for its Cloud Camo, a pattern it’s putting on shirts, shorts, and hats that looks like puffy clouds in a blue sky. “Cloud Camo was designed and tested in Belize, which is the permit capital of the world,” says Wil Flack, the owner of Tres Pescados Fly Shop, who helped Simms create and field test the line. “We’ve found that it gives us a serious edge with these wary fish.”

It might have been conceived with the flats fisherman in mind, but if Cloud Camo does, in fact, make your approach stealthier, anyone who wades clear water should benefit. I wear muted colors when fishing, and I’ll try the new camo the next time I wade for smallmouths on my local rivers. But after I carefully sneak into position below one of my favorite boulder clusters, I think I’ll gently cast a stickbait or tube lure that has caught fish for me before, and delicately work it through the eddies with the hops and stops that produce crushing strikes.