The 10 Best Fishing-Themed Photo Stories of 2012 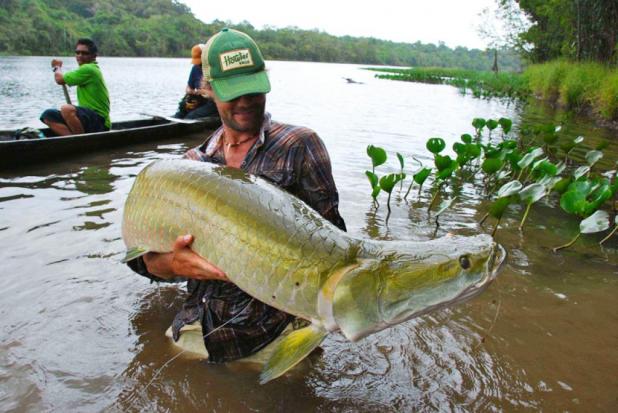 Field & Stream Online posts several photo galleries each week, featuring giant fish, great stories, and helpful tips. These 10 photo galleries are our editor’s picks for the best of the year. Click on the photo or the links below to read the full stories.

Check out these photos from Kirk Deeter’s expedition to Guyana, where he became one of the first fly fishermen to land a wild arapaima–the world’s largest scaled freshwater fish.

This giant bluefin still weighed close to 1,000 pounds after nearly all its tail was eaten by sharks. Read how Andrew Card (who was fishing alone) fought them off and got his catch to shore.

Our fishing iPhone app lets you turn fish pics into journal entries that automatically record the weather for your catches.

Say Hello To My Little Friend

High temps and weird weather made spring 2012 especially challenging for anglers. Let’s hope we don’t need these tips in 2013.

Fish From The Inside Out

Check out the skeletons of striped bass, winghead sharks, sawfish, triggerfish and more.

These guys thought it was over after the two-hour fight with this record muskie, but the biggest challenge came when they tried to land the fish.

From Alabama Rig to Zoo Cougar: A guide to the best modern lures, rigs, and flies.

The Encyclopedia of Bait: Today’s Best Lures, Rigs and Flies