More fly anglers are fishing with bobbers, but that doesn't mean you should. Here's a better way to nymph 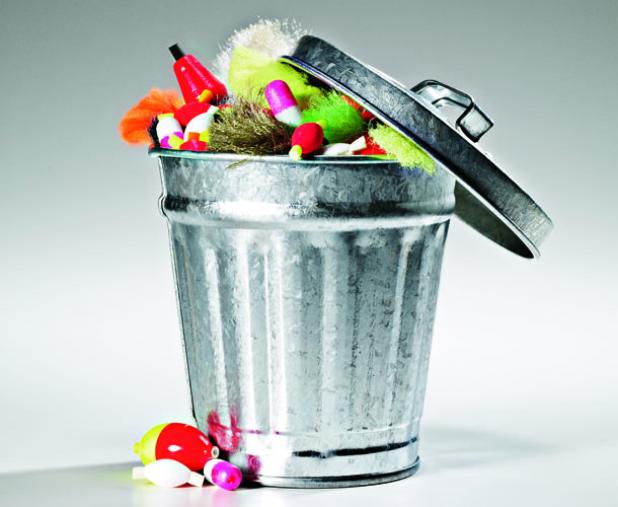 Flyfishing for trout with a weighted nymph under a floating indicator has become so prevalent over the past decade that many people fish no other way. This is not good. Among dozens of nymph-fishing tactics that have evolved over the past century or so, using an indicator often requires the least skill. The overwhelming popularity of this approach means flyfishing has been substantially dumbed down for the sake of instant gratification. You don’t even have to fly cast; just plop your bobber over the side of a moving drift boat and spend your day staring at a little foam ball.

Instead of learning to flyfish, guided tourists can “do” flyfishing in the same way they can spend a day “doing” Yellowstone, and another day “doing” parasailing before heading back to New Jersey. It’s like an angling version of Club Med–in other words, just awful.

If you’d like to learn flyfishing in general and nymph fishing in particular, lose the indicator and try these techniques. You’ll catch more trout, and become a more skillful flyfisherman.

Casting down- and across-stream with a pair of small, weighted nymphs (one as a dropper) was the time-honored method decades before indicators evolved. By mending or stripping line in the current, you can precisely control the speed and action of the flies. You can fish blind in the absence of rising fish–or present imitative flies to actively feeding trout.

Taken a step further, the same tactic becomes what used to be called the Leisenring Lift, named after a fabled Pennsylvania wet-fly artist in the 1930s. Cast and mend the line, giving your rig time to sink (1) before it reaches either a rising fish or a likely lie. As fly and fish converge, tighten your line slightly (2) so the nymph starts rising to the surface much like a hatching insect (3). Strikes, when they come, can be vicious.

You can even duplicate the effectiveness of indicator fishing without using an indicator. The typical rig is a pair of weighted flies, with a small split shot between them. Wade to the edge of a deep riffle or run and flip the flies upstream (1). Follow their downstream drift with your rod held high to keep most of your line off the water (2), thereby avoiding drag. When a trout takes, you’ll feel a tug or see the line move.

Like most traditional nymph fishing, this takes some skill of which you can be proud. Nobody brags about watching a bobber.

From the June 2008 issue of Field & Stream magazine.