Photo by Bill Lindner For many crappie fishermen, the only good thing about autumn is hunting season. They use cold... 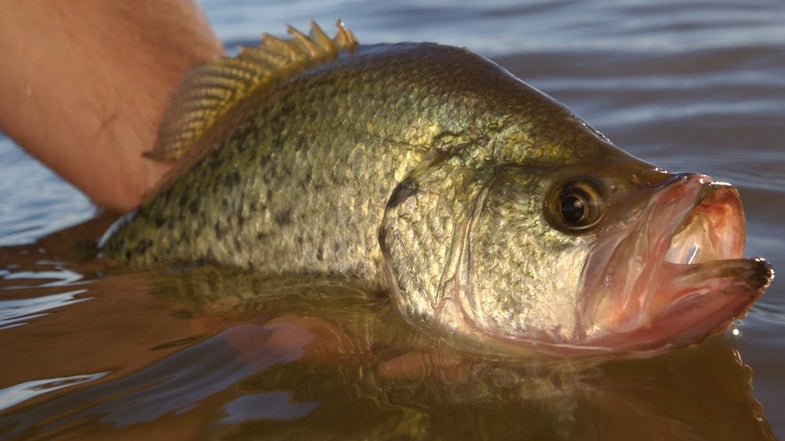 For many crappie fishermen, the only good thing about autumn is hunting season. They use cold fronts, reservoir drawdowns, and lethargic fish as excuses to trade their rods for bows or rifles. But you can still catch plenty of slabs this time of year, and veteran Tennessee guide Jim Duckworth can show you how. Here are his favorite fall tactics.

Rock It
“Many Sunbelt reservoirs are lowered 5 to 15 feet in fall in anticipation of heavy winter and spring rains,” Duckworth says. “The drawdown forces shallow baitfish to relocate to steep riprap banks, where they feed on algae that coats the rocks. Hungry crappies gorge on these minnows.” He loads the boat by casting a 11⁄2-inch Berkley PowerBait Atomic Tube, rigged on a 1⁄8-ounce Blakemore Road Runner jig spinner, to the rocks with a light spinning outfit.

Get the Drop
“A creek-channel dropoff bordering a shallow flat is also a likely place to find crappies now. They’ll scatter out over the channel after a cold front, then gang up along the drop to feed on passing bait schools.” Troll a 200-series Bandit crankbait on a soft-action bass cranking rod with 20-pound braided line at 2 to 3 mph. “Motor tight to the dropoff in a lazy S route,” says Duckworth, “so the lure ticks the outer edge of the shallow flat and then swims into the deeper channel.”

Spoon Feed
“By the time the leaves fall and the lake’s surface temperature has dropped below 60 degrees, crappies will be fattening up on shad,” says Duckworth. “Use your fishfinder to locate baitfish schools suspending off points at the mouths of reservoir creeks, then jig a 1⁄2-ounce Bass’n Bait Rattle Snakie spoon just above the school. Rig the spoon on a 6-foot medium-action spinning outfit with 20-pound braid and a 2-foot fluorocarbon leader.” The bites will be anything but subtle.