Photo by Cliff Gardiner and John Keller One gust of wind, and my crusty Adidas cap was sinking behind the... 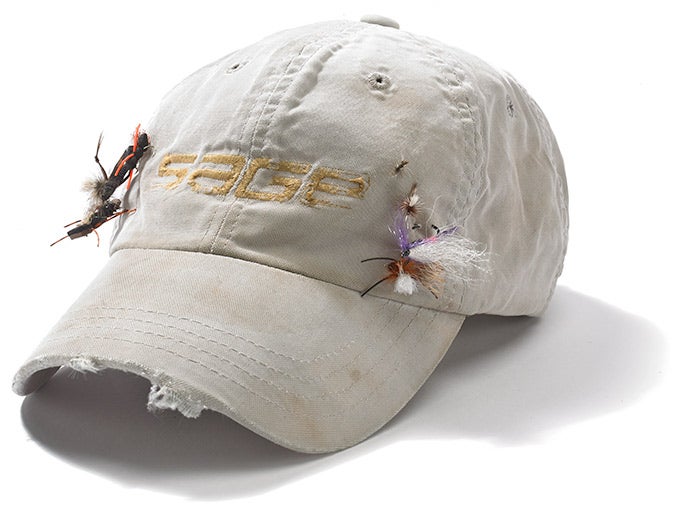 One gust of wind, and my crusty Adidas cap was sinking behind the boat into Aruba’s Oranjestad harbor. It took everything I had not to cry. I caught my first big striper in the surf wearing that hat. Dried blood from my first bluefin stained the brim. Even on its final day, it was soaked with sweat from my first wahoo fight. That was in college, and I’ve since worn many hats with good mojo, but none have ever been as potent. Lucky fishing hats are born, not bought (at least not at the mall). They take time. What you can do, however, is seek out a hat that’s more likely to become lucky. After talking lucky hats with countless anglers, I’ve come up with a few tips on how to find one.

The Scrapbook
Sticking flies that caught memorable fish in your hat can seriously boost mojo. Just remember: Once they’re in, you can never take them out.

The Pre-Seasoned
A hat that was handed down or found at a thrift shop comes with history—and with that history often comes luck.

The Mom-and-Pop
A hat sporting the name of a local bait shop has lots of juju potential. It’s harder to replace, and you’re likely to be on a fishing trip when you buy it.

The Substitute
If you forget to bring a hat, forcing you to buy one that says something like Who Farted? at a truck stop just to get through the day, keep it. That’s the hat that’ll become the one.