How I Fish: Richard Stanczyk 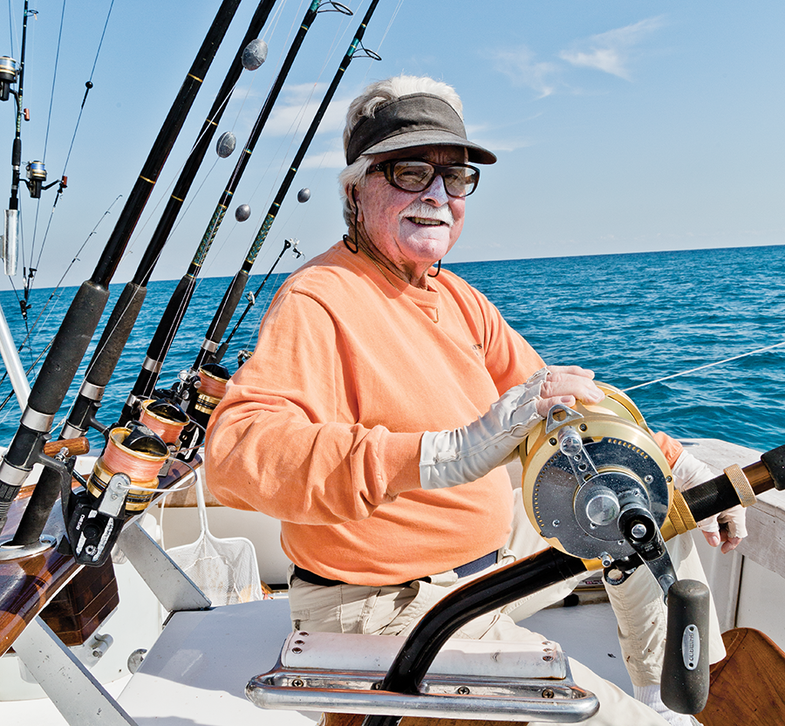 When I was 10, my parents bought a home on a canal in Miami. I had a 9-foot pram with a little 31⁄2-hp Evinrude motor. I used to put-put out of there into Biscayne Bay. By the time I was 15, I was taking a 21-foot boat with a single engine all the way to Bimini.

The day of the Christmas ball at my high school, my girlfriend begged me not to go fishing. She’d bought a special gown, and we were going to go to the Fontainebleau. But I went out that morning anyway and hooked a big blue marlin. I fought it into the night and ultimately broke it off.

I missed the dance.

I finally caught my first blue marlin off of the Bahamas when I was 21. It was a 500-pounder, and I had to partially swamp the boat to get it in.

When I learned my grand­father was on his deathbed, I went and told him I’d graduated the University of Miami with an accounting degree and was working as a CPA. The only way he could communicate was by writing on a blackboard. He wrote, “Why the hell do you want to do that?” It was a freeing experience.

In 1969 I was fishing a tournament in Bimini. After battling a blue marlin for close to seven hours and losing it, I got inebriated and passed out on the dock. A fisherman named Harold Adler shook me awake, and we became friends. A year later an engine in Adler’s boat blew, and he asked me to fill in for him in a sailfish tournament at Bud N’ Mary’s Fishing Marina in Isla­mo­rada. My boat won the tournament and I fell in love with the Florida Keys. I started keeping my boat at Bud N’ Mary’s, and in June of 1978 I bought it.

I became obsessed with bonefish and fished a couple hundred days a year for them. No fish is more challenging to catch on a fly rod. I guided my friend Vic Gaspeny in 1985 to what was then the world bonefish record on a fly rod. It weighed 14 pounds 6 ounces.

When I first got to the Keys, bonefish were marlin bait.

In 2003, Gaspeny convinced me to try to catch a swordfish off of Islamorada. Swordfishing back then was a nighttime operation because the fish go deep during the day. Staying out all night and trying to run a business during the day wasn’t working, so Vic suggested we try to catch one during the day. We had bricks and let out miles of heavy line. We were doing it all wrong—but when we brought it all in, a small swordfish was entangled in the line.

I went from fishing for tailing bonefish in 2 feet of water to chasing swordfish in 3,000 feet of water with specialized gear. Now, I’ve captured or been witness to the capture of about 700 swords.

Without conservation and catch-and-release, we would not be having this conversation right now.

I still go nighttime tarpon fishing. Being in a 16-foot boat with a 120-pound monster crashing your bait at sunset is one of the ultimates in fishing.

Once I found four Cuban refugees on a raft made from inner tubes tied together 40 miles offshore. They’d been drifting for five days. I took them onto my boat but had to stand by until the Coast Guard arrived. We gave them water and food, and after several hours I saw a big school of dolphin had gathered around their raft. I put rods and reels in the refugees’ hands, and we started bailing fish over the side.

One of the men had a cloth tied together with string. Inside were coins, a ring, and a crucifix. They were all his worldly possessions, and he gave them to me. I said no, but he insisted. And then he cried.

I’ve found 30 or 40 rafts over the years. Some, far offshore, were empty. You know what that means.

People come down here as a family and realize they can go out in an offshore or backcountry guide boat and fish among the clarity of the coral reefs, the beauty of the flats and mangroves, the wildness of the Everglades. You can’t do that at Disney World.

I started drinking when I was 14 or 15 and came to a bottom 24 years ago. I met myself and realized what I was doing. I love sobriety. I would have perished otherwise.

Between 45 and 50 offshore, backcountry, and party-boat captains operate out of here. We get 200 to 250 fishermen a day. Helping all these people make a living for 37 years has been a real satisfaction for me.

It’s not like running a ­funeral home. That’s for sure.