Spring Fishing Tactics: How to Catch More Bass on Crankbaits 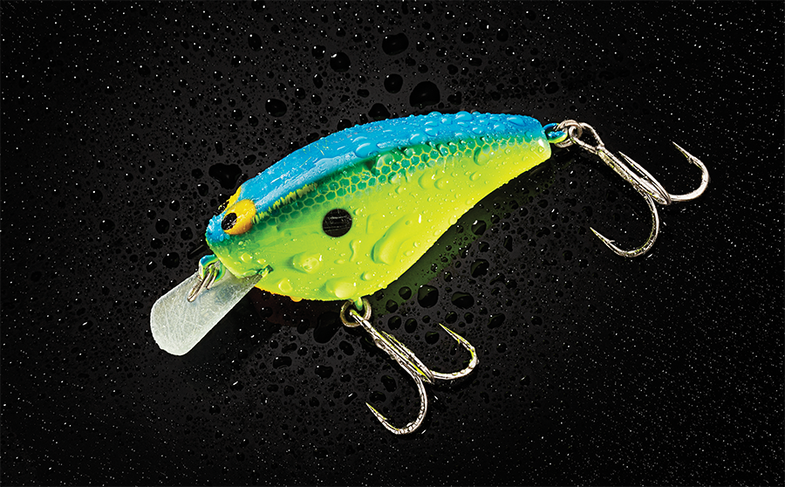 When the water opens up in March, bass fishermen can’t break out the jerkbaits fast enough. Between TV hosts and magazine writers, the idea of jerkbaits being the prespawn go-to has been so beaten into anglers’ heads, I know guys that refuse to tie on anything else. Not me. Come March, I’m throwing flat-sided crankbaits, because these sleeper lures can trigger more reaction strikes from spring lunkers than any jerkbait—if you know where and how to use them.

Compared with thin jerkbaits, flat-sided crankbaits have a taller profile, which produces more flash for fish to spot in spring waters that are often stained or muddy. To increase that flash even more, stick to colors like chartreuse, silver, gold, or crawfish orange. Next to traditional round-body cranks, these lures have a much tighter wobble—extra vibration that goads more strikes now. And while their shape resembles a lipless rattle bait, square-billed flat-sides won’t get hung up nearly as often in the hard cover where both shine.

Early-spring bass gravitate to deep water surrounded by the shallows they’ll need for spawning. Creek channels or ditches running through flats are prime, especially if they feature submerged wood or rocks. To draw strikes, you need to bang the hard stuff. When my flat-side knocks off the structure, I instantly pause. Bass key on the lure’s vibration and are triggered by the abrupt stop. Unlike lipless rattle baits, a flat-side will hang in position during that pause, which is often when a sluggish monster will make its move.

One reason flat-sided cranks fly under the radar is because early production models, commonly made of light balsa wood, were difficult to cast any distance, and fishing them effectively meant using light spinning gear.

But flat-sides have come a long way in the last five years. New models like the Jackall Bling 55 (at top, $16) have internal weight-transfer systems for easier casting and internal rattles for sound. A wide range of bill sizes and buoyancies now lets you tailor your lure to whichever type of rod and reel you like to fish.