How to Catch Big Trout on Spoons 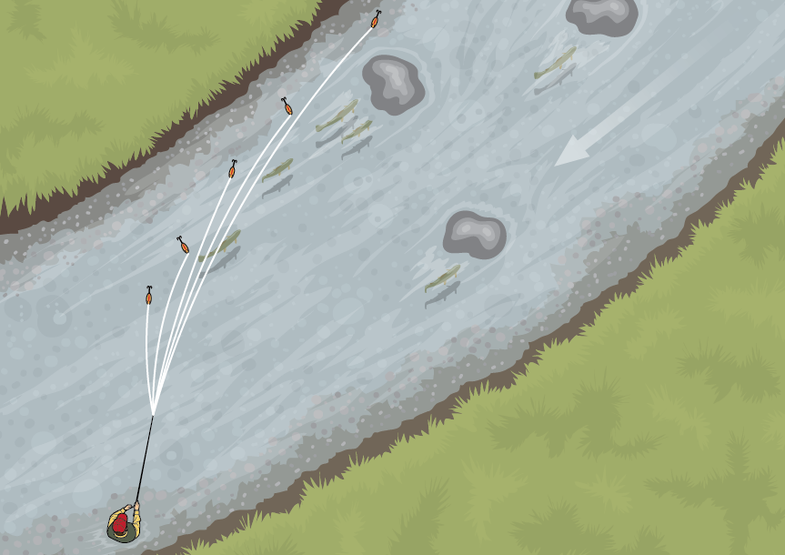 Like fins on a Chevy or a ball game broadcast over a scratchy transistor radio, trout fishing with spoons seems like something from a bygone era. Truth is, this method is as lethal now as it was in the old days. In April, chubs and shiners are spawning in streams across the country, and the biggest trout in the system are gobbling them up.

Spoons shine in stretches where dead wood or boulders create mid-river hiding places. Cast quartering upstream and retrieve slightly faster than the flow. This will get the lure riding just above the bottom where the big fish hold. Pause the retrieve any time the spoon knocks off a rock or moves into a slack spot. The fluttering stop-and-go motion mimics an injured baitfish trying to right itself.

Trophy brown trout love to tuck beneath undercut banks, and a spoon is perfect for pulling them out. Creep into position over the deepest part of the undercut pool, and vertically jig a spoon as close to the bank’s edge as possible. Make sure you don’t cast a shadow on the water. Big trout often slam the spoon on the drop, so you should have one hand ready to flip the bail closed as the lure falls.

If you can’t get in a good position downstream of a hole, set up directly upstream of it, disengage your reel’s anti-­reverse, and back-reel the spoon into the current, letting it flutter down into the sweet spot. This is a deadly tactic if the hole has a ceiling, such as a logjam or root sweeper. Once the spoon reaches depth, keep your tip low and let the lure hang in the current for a minute before retrieving.

Don’t be fooled by modern holo­grams and titanium; classic spoons like the Dardevle, Little Cleo, Phoebe, and Thomas Buoyant (left) are my go-tos. I prefer predominantly silver finishes in clear water, and gold if there’s some tannic stain. Quarter-ounce spoons are great in all water conditions, but if the stream’s running high, don’t be afraid to scale up in size, weight, or both. Likewise, drop down in low ­water or on streams small enough to hop across.