Blades of Glory: An Overlooked Fall Tactic For Bass, Walleyes, Crappies, and More

Photograph by Cliff Gardiner & John Keller Having trouble patterning bass, walleyes, and crappies in fall? According to Steve Carey... 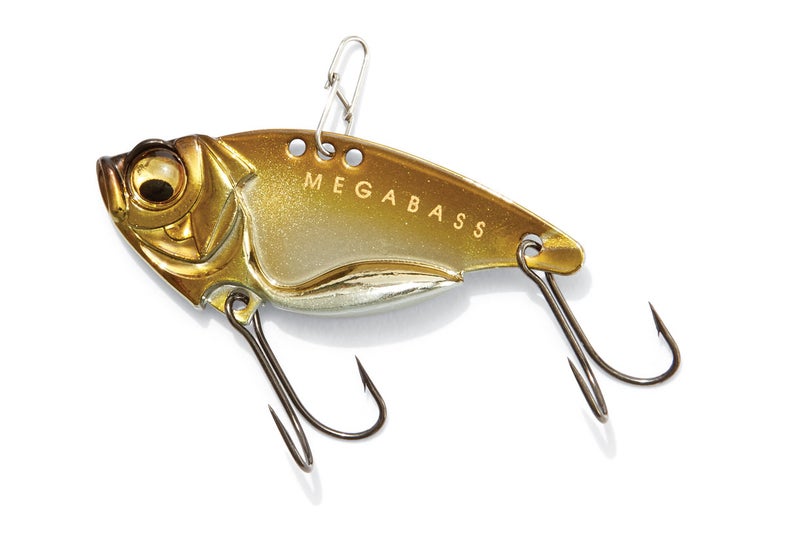 Having trouble patterning bass, walleyes, and crappies in fall? According to Steve Carey of Fish Sense Lures, blade baits are the answer. “When the water temperatures start to drop, baitfish that are sensitive to the quick change begin to die,” he says. “There is no better match for a dying baitfish than a blade bait.” Success comes from a combo of setting up in the right area of the lake, and having the magic touch.

Play the Angles
A good blade-bait bite starts when water temps fall into the low 50s and lasts until the first ice of the season. During this cooling period, fish prefer to feed by moving vertically because it expends less energy than roaming large areas. According to Carey, that makes banks or channel edges with 45-degree dropoffs prime targets for a fall mixed bag. Fish will hold on the drop, moving up or down to feed depending on the position of the baitfish in the water column. Any structure near the bank or channel edge, such as chunk rock or wood pilings, holds more heat as fall presses on. These are likely places to find both bait and gamefish.

Hop to It
Blade baits can crush fish on a straight retrieve, but Carey hops his across the bottom, working down the slopes from shallow to deep water. He says it’s critical to experiment with the height of your hops, the length of the pause in between, and hop speed until you figure out what makes the fish respond best. A typical height is about 12 inches, and Carey notes that fish often eat the bait right off the bottom while it’s sitting still.

Get the Feel
Whether you throw a blade bait on spinning or casting gear, Carey says a ­medium-​heavy rod with a flexible tip is the best option.

“Having a tip with a little give is important because it lets you feel the fish inhale the bait,” he says. Carey spools with 12- to 17-pound-test monofilament, because braid lacks abrasion resistance, and fluorocarbon tends to get stiff in cold water, reducing your ability to feel takes.

Though there are plenty of breathable jackets and bibs on the market, sometimes it’s hard to beat old-school PVC when it comes to fighting the elements. Problem is, PVC rain gear can dry out and crack over time if you use it often and don’t take care of it properly. To make sure my PVC jacket and bibs stay reliable when I’m taking cold fall spray over the bow, I give them a rubdown with Armor All.

The same formula that keeps your dashboard shiny will keep PVC rain gear supple and hydrated. A thin coating with a soft rag is all you need to help extend the life of your rubbers, and you should reapply before you tuck them away for winter. —Joe Cermele