Do the Doodle Slide: How to Entice Suspended Bass

Put your bait in the face of suspended fish to catch spring lunkers. 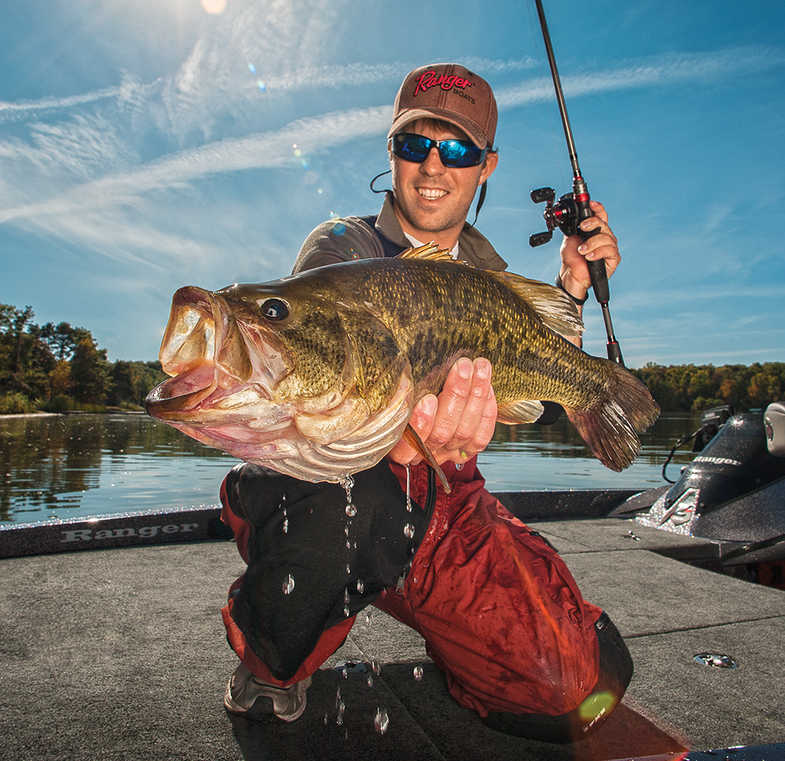 When springtime largemouth bass stage off steep structure prior to the spawn, they often suspend at varying depths, making it difficult for anglers to catch them consistently. This finesse jigging presentation, which is called doodle sliding and was originated by Burbank, Calif., tournament pro Don ­Iovino, allows you to “slide” a finesse worm down and back up the water column. It entices big largemouths holding shallow, deep, and anywhere in between.

“It’s my top tactic for working points, rock banks, and dropoffs in spring because it puts my bait in front of so many suspended fish,” says Iovino.

Here’s the gear and strategy you need to master the doodle slide.

1. Peg a bullet sinker and bead 2 inches above a Texas-rigged worm.

2. Shake the rod and lift from 8 to 11 o’clock to give the bait its sliding action.

3. Bites are subtle. When you feel one, reel down and drive the hook home.

The Tackle: Match the Conditions

● In clear water, Iovino uses a Phenix 6-foot 2-inch medium-light-action spinning rod and a reel spooled with 6- to 8-pound-test fluoro­carbon line. For stained water, he switches to a medium-heavy baitcasting combo with 10- to 12-pound line.

The Rig: Show a Royal Flush

● Iovino threads a 5⁄32-ounce ­crawfish-​colored bullet sinker onto the line and puts an 8mm orange glass bead beneath it. For clear water, he rigs a 4-inch worm Texas-style onto a 1/0 Owner Drop-Shot hook; in stained, he bulks up to a 6-inch worm on a 3/0 hook.

Iovino favors Dezyner Baits worms in Oxblood Crawfish and Smallmouth Killer colors, both of which he says “will catch fish in a toilet.” Finally, he pegs the bead 2 inches above the hook.

● First, pinpoint suspended fish with your electronics by running the boat in a full circle around a promising staging area, such as the deep side of a point separating a spawning area from the main lake.

“Look especially for any cover that will concentrate bass,” Iovino says. Then back off and rest the spot. After several minutes, sneak close with your trolling motor, position your boat on the shallow side of the fish, and cast into deeper water.

Keep the rod low as you begin to reel in slowly. Now, shake the rod by vibrating your wrist while inching the tip upward from 8 o’clock to 11 o’clock. This gives the bait its “sliding” action. When you get to 11 o’clock, reel back down to 8 and then repeat the movement.

“The bite feels like a rubber band stretching,” Iovino says. “When you get that sensation, reel down and set the hook.”