Tubes had always been the author’s early-season go-to—until he discovered the Ned Rig. 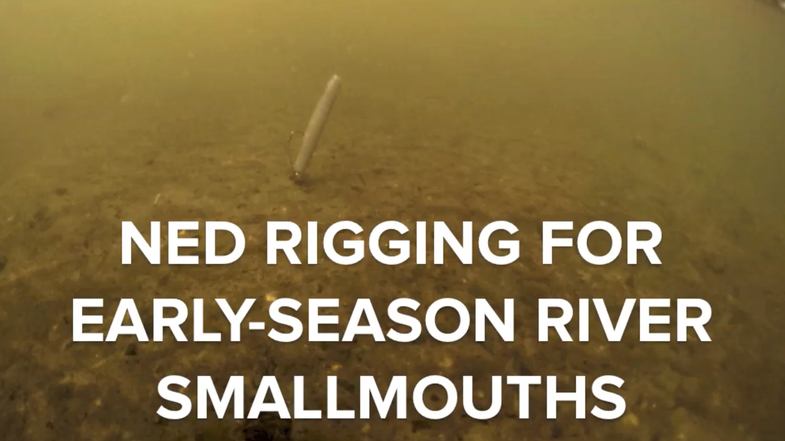 You’ve smashed plenty of smallmouths on tubes, right? So have I, and, frankly, in the early season when the water is cold, tubes have always been my go-to. That was until Shimano pro-staffer Matt Parylak showed me the ways of the Ned Rig on the Delaware River, which we both call home water. A creation of Z-Man Lures, the Ned Rig starts with a Finesse TRD. This small soft-plastic looks like a Senko, but get whacky rigging out of your head, because the TRD floats. That, however, is the magic. Matched with a Z-Man Shroomz jighead—which has a flat nose—the TRD sits perfectly vertical on the bottom. In the early season, subtle movement gets sluggish smallies chewing. You can practically dead-stick the Ned Rig and the current will move it enough to get you bit, but shake rod-like when you’re working a shaky head, and you’ll get bit even more.