How to Load the Boat With Giant Fall Crappies 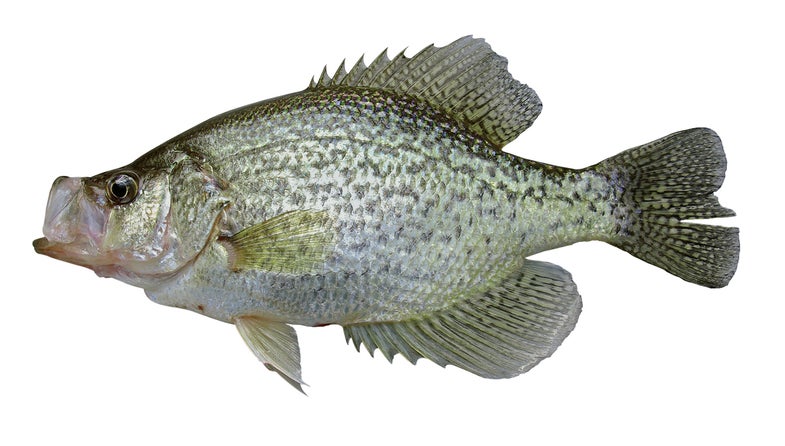 Fall can be the best time of year for big crappies.. Keith Sutton
SHARE

When early-fall water temperatures drop into the mid 50s, crappies go on a feeding tear, gorging to put on weight for winter. “There’s no better time of year to hammer trophy-size slabs,” says Scott Smith of Crappie Xtreme guide service in Illinois. To capitalize on their ultra-aggressive feeding behavior, Smith hits crappies with a one-two punch of spider rigging and vertical jigging. But which tactic scores the knockout depends on where you find the fish.

Load Up on Suspenders
Fall crappies often suspend in open water, chasing schools of baitfish. To target them, Smith uses a spider rig, which gets its name from the eight rods extending off the front of the boat—in Smith’s case from a pair of Driftmaster rod holders that accept four rigs each. He deploys 10-foot crappie rods matched with small spinning reels spooled with 4- to 8-pound-test. Small crappie tubes work well, but Smith’s go-to are live minnows, which he rigs on a 3⁄32-ounce jighead with a 1⁄4-ounce weight fixed about 18 inches above the bait.

Fan the rods across the bow with the tips 5 to 10 inches above the water and lines dropped at various depths, depending on where you’re marking crappies. Move the boat ever so slowly—​1⁄4 to 1⁄2 mph—with the trolling motor. The spider rig creates the illusion of an entire school of baitfish swimming together.

Win on Points
If the fish aren’t yet suspended, Smith jigs vertically over brushpiles in 10 to 12 feet of water, focusing on cover at or near the top of a break, which he says holds the largest numbers of good fish. He keeps working over brush until he hits a crappie. “They school this time of year, so if you find one, you’ve likely found a bunch more.” Smith’s jig of choice is a 1⁄8-ounce pink jighead tipped with a Southern Pro tube; he varies the color to see what works best that day. If wind or current make it tough to keep tubes over the sweet spot, he’ll step up to a 3⁄16-ounce jighead. When he gets a bite, Smith simply lifts the fish out of the water and into the boat. By not taking in line with the reel, he ensures the bait falls to the same depth on the next drop—right back into the hungry school.