Big trout in lakes cruise close to shore in early fall. To hook them, get set to burn the midnight oil. 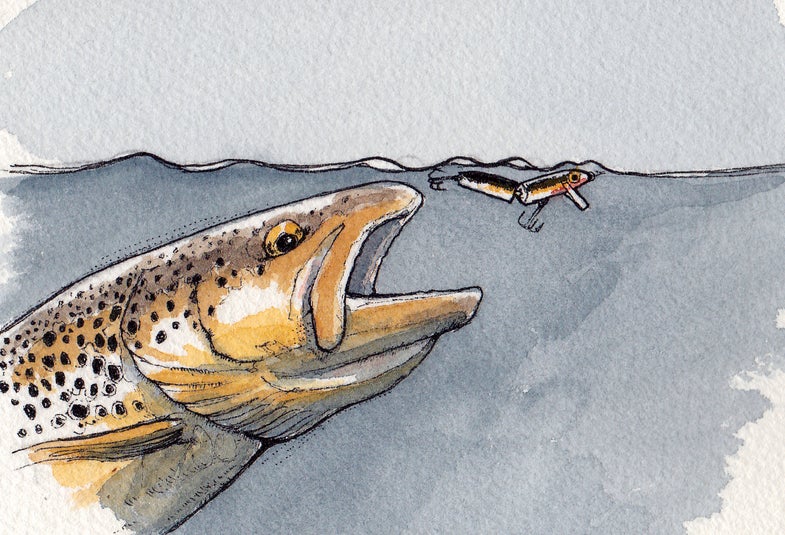 Use a stickbait to wake up a huge still-water brown in the dead of night.. Mike Sudal
SHARE

If your lake holds any type of brown trout—wild, holdover, or stocked—these fish will be on the move this month, looking for the perfect spawning habitat. They’re after a creek to run up, but even if none exists, they’ll still cruise near the shore, feeding heavily as they search. Most of this activity takes place in the dead of night, but if you’re willing to play in the dark, a well-​­presented stickbait can land you the monster brown you’ve been dreaming about. Here’s the routine.

Nothing gets nighttime browns fired up like a stickbait waking across the surface. If a steady retrieve fails to draw explosive surface strikes, an occasional pause can turn an unseen follower into a biter. You’ll hear the bite before you feel it, so let the rod load before swinging. Browns often have lousy aim after dark and may miss a lure once or twice before connecting.

Big browns are less likely to enter the shallows and feed on the surface under the bright light of the Harvest Moon. Concentrate your efforts on cloudy nights, or nights surrounding the new moon. 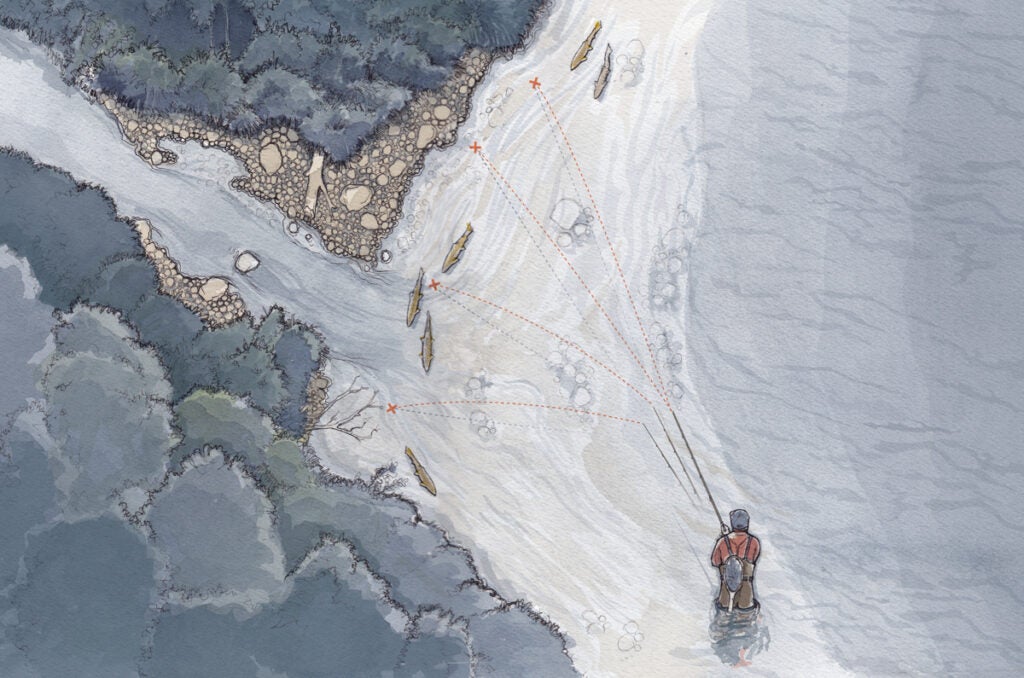 Searching browns gravitate to mud bottoms and shoreline cover, but they really concentrate on where creeks enter a lake. Visit these areas after a rain, which increases the flow, and you’ll be casting to more fish.

Cast parallel to the shoreline or angling toward it. The trout follow the contour of the bank, and casts made at an angle (as opposed to straight out from the bank) will keep your bait in productive water for longer.

After-dark browns have a habit of swiping at a lure just as it’s about to be pulled from the water. Be sure to fish each retrieve all the way to the rod tip.

Brown trout will venture into inches of water at night. If the bank is clear, you won’t even need to get your feet wet. I’ve spooked enough fish on my first step into the lake that I now make it a habit to take a cast or two before even dipping a toe.