Video: How to Make a Beer-Cap Fishing Lure

Don't toss those caps quite so quickly. 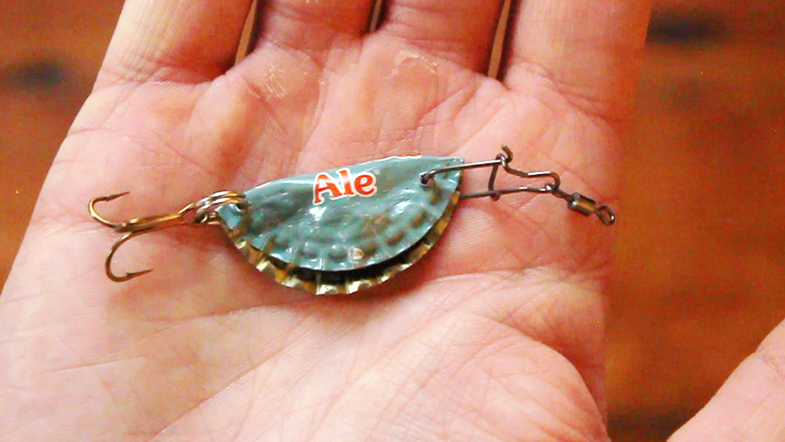 A good excuse to have a few cold ones.. JR Sullivan
SHARE

I seldom need an excuse to have a beer, but if I did, this bottle-cap lure would be my go-to. Admittedly, turning a bottle cap into an impromptu lure is nothing new (Field & Stream first covered the phenomena back in 2008), but, in the name of journalism, I took it upon myself to buy a six pack on the magazine’s dime and demonstrate how to do it yourself.

You’ll need a treble hook, a small split ring, a quick-release swivel, split shot, and, of course, a bottle cap. As far as tools go, I used a cheap hammer and pair of pliers, as well as a nail I had around. Nothing fancy.

I’ll let the video explain how to make the lure, but I’ll offer a couple extra tips here: First, flattening the sides of the cap before you bend it is the way to go. Otherwise, it’s a pain to straighten the cap and pinch together the edges once you’ve already folded it in half. Next, punch the holes in the cap as near to the side as you can; that’ll make getting on the split ring—which, I admit, took some time—easier.