What I Use: Elk Guide

Wes Hodges, an elk hunting guide since 1985, tells us what he gears up with. 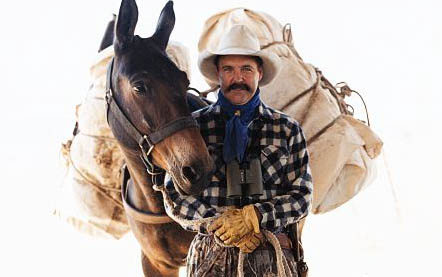 Wes Hodges began guiding elk hunters in Montana in 1985. He has tramped across the Bob Marshall Wilderness dozens of times and spent last year in the Beartooth Wilderness, places where there aren’t many elk–just big elk. Hodges estimates that he’s helped hunters take 45 bulls in his career so far. Here’s what he gears up with.

Optics “You can cut corners on lots of things, but not optics,” Hodges says. His choice of binocular: Swarovski SLC 10×42. On his rifle is a trusted, 20-year-old Redfield 3X¿¿¿9X.

Firearms In bear country, Hodges carries a single-action Navy Arms .45 Long Colt but keeps a Ruger Vaquero .44 magnum as a backup. His rifle is a Mark X Mauser in .300 magnum.