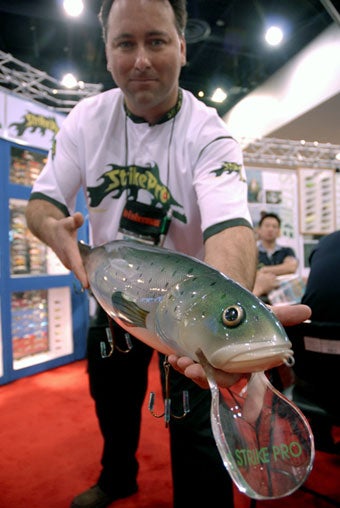 In Arkansas, and perhaps throughout the entire South, there’s no better destination for monster stripers than Beaver Lake. Tucked away in the heart of the Ozark Mountains of northwestern Arkansas, Beaver Lake covers nearly 30,000 acres of ideal striper habitat. An impoundment of the White River, the lake is clear, deep and rocky. It supports hefty populations of threadfin shad that feed an excellent striper fishery, which is augmented annually with stockings by the Arkansas Game and Fish Commission. Though it has always been known as a trophy-striper fishery, Beaver Lake had recently fallen behind rival lakes Hamilton and Ouachita, which were coughing up state-record stripers with stunning regularity. Beaver Lake reclaimed the record in 1999 when a 57-pound fish was pulled from its waters. In April 2000, that mark was bested by a striped bass caught in the Beaver tailwaters that weighed in at 64 pounds, 8 ounces. Contact: For a list of area guides, check out www.beaverlake.com; Arkansas Game and Fish Commission (501-223-6300).