My, how far we have come. Thirty years ago, the sport-utility market was dominated by rough-hewn utilitarian beasts known as... 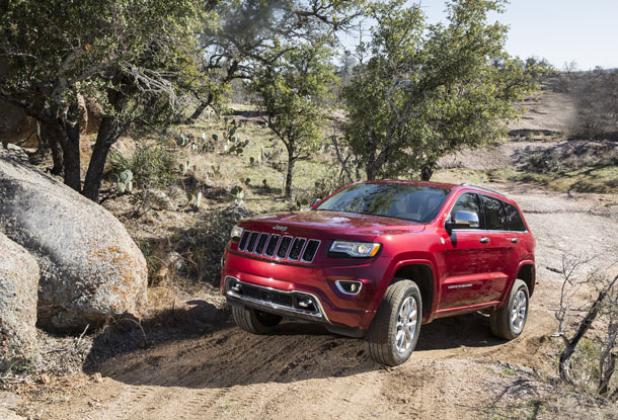 My, how far we have come. Thirty years ago, the sport-utility market was dominated by rough-hewn utilitarian beasts known as Bronocs and Blazers. These were big SUVS, built on the full-size truck platforms of their respective manufacturers–Ford and Chevrolet. You often saw them parked at trailheads, the inevitable dings and scratches in the body panels considered by their owners to be the offroad equivalent of the Heidelberg dueling scar, a mark that denoted class and honor.

Jeep was in that mix as well, but as SUV mania spread into suburbia in the 1990s, it clearly understood it needed to serve two masters. The manufacturer deftly kept its crucial offroad credibility intact through the Wrangler, but to serve a newly emerging SUV owner who wanted more creature comforts, it renamed the Cherokee the Grand Cherokee and began moving that to a higher-demographic customer. The tactic worked, and all these years later both models remain strong sellers.

The Grand Cherokee was last redesigned just three short years ago, but in this market, you don’t stay atop the heap by resting on your laurels. As one Jeep engineer told me recently at the press preview in Texas, “It’s all about continual improvement.” Even though the company sold 700,000 units last year, designers got to work on a new Grand Cherokee because focus groups with current owners told them they had to concentrate on fuel economy and better offroad capability. And, yes, these owners also wanted the new Grand Cherokee to reflect the latest technology as well.

The Grand Cherokee is now considered a premium brand, one that commands a premium price. So, it should come as no surprise that the new 2014 redesign displays all the bells and whistles (and cost) of just such a product.

All of which is to say, the hunter or angler looking for relatively inexpensive transport to the duck blind or trout stream will not be happy to learn that the price of the least expensive trim level–the Laredo–begins at $28,795. The Limited, which is the volume leader, will start at $35,795, and the top-of-the-line Summit will set you back $47,995.

This pricing is a result of Jeep’s thorough understanding of its target demographic–outdoorsmen who want true 4×4 capability (which the Grand Cherokee delivers in spades), but a higher degree of interior comfort as well as a far more refined appearance. Like any truck, the Grand Cherokee offers a seemingly infinite array of options and features, and as you move farther up the trim level lime, you will see an extensive option list that lets the owner cosset himself in luxury and comfort. This owner will also find a deep list of user-friendly technology (including cloud-based voice texting) that allows him to stay connected no matter where he goes.

I’m not going to run through all the features, but I do wish to touch on a few of the major highlights.

This is a sophisticated diesel, one that’s clean (50-state certified) and quiet. You won’t notice any of the vibration normally associated with V6 engines because engineers have created a new cylinder firing order that smooths things out so much the usual balance shaft has been eliminated. It’s also a certified rock crawler (if you’re so inclined), as I learned on a steep slick-rock offroad course. The rock Jeep chose on a ranch in the Hill County looked more like what you’d see at Moab. Indeed, as I inched forward, I felt that age-old thrill of a roller coaster’s initial ascent before the inevitable drop on the other side. But this diesel-transmission combination yields a very low crawl ratio–44.1:1 in low-range 4×4–that lets it slowly, surely, and safely–walk up the hill.
**
4WD Systems:** The Grand Cherokee features three 4×4 systems: Quadra-Trac I, Quadra-Trac II, and Quadra-Drive II. Quadra-Trac I is essentially an on-demand AWD system. Power is delivered to the rear wheels, but when wheel slip is detected, the system automatically transfers power to the front wheels as well. Quadra-Trac II is similar, but offers a two-speed transfer case for true low-range offroad operation. Quadra-Drive II is a full-time 4WD system with an electronic limited slip differential that lets the engine divide power front and back as well as side to side for maximum traction exactly where it’s needed.

Air Suspension: The Quadra-Lift air suspension system lets the driver choose from among five settings, ranging from normal ride height (8.7 inches of ground clearance) to as much as 11.3 inches of ride height for offroad use. (It should be noted that if you intend to take the vehicle on a challenging offroad trail, it’s best to remove the front air dam to achieve maximum clearance.)

Selec-Terrain: In addition to the air suspension, the Grand Cherokee’s Select-Terrain traction-control system lets you pick from five different settings to best match the vehicle to the terrain on which it is traveling.

Selec-Speed Control: A new feature for 2014, Selec-Speed control incorporates the pre-existing Hill-Descent Control with a new Hill-Ascent Control, both of which allow the SUV to climb and descend steep grades with little input from the driver. In essence, it determines how much throttle and brake are needed.

So, does this dog hunt? Absolutely. It truly can handle demanding offroad trails (if you can stand the inevitable scratches). The sophisticated 4WD and suspension systems take a lot of the guesswork out of trail management. That may offend offroad purists who pride themselves on gutting out a tough section of trail by instinct and experience, but the “Quadra” systems were really designed for sportsmen whose primary interest is getting to a deer stand or trout stream. To them, it’s more about the destination rather than the journey. But wherever you decide to hunt or fish, you will arrive in style.