Behind the Wheel of the New Chevy Colorado

Photos courtesy General Motors. Back in the early 1980s, Chevrolet met the challenge of small, popular imported pickup trucks by... 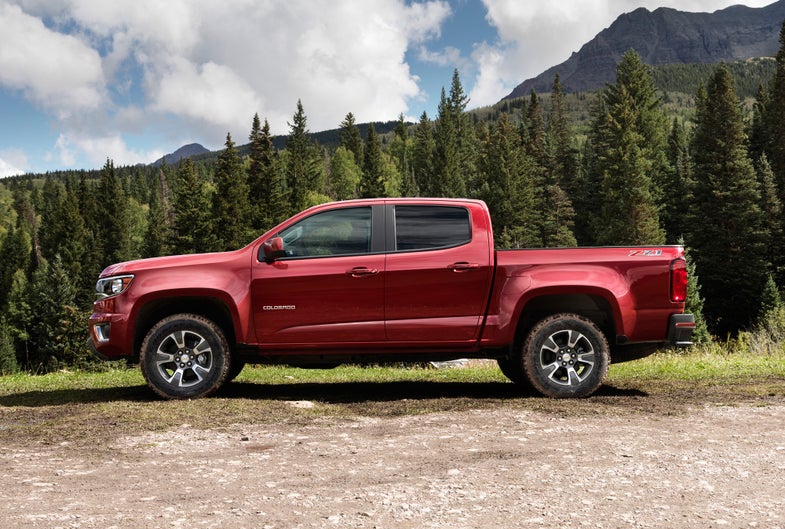 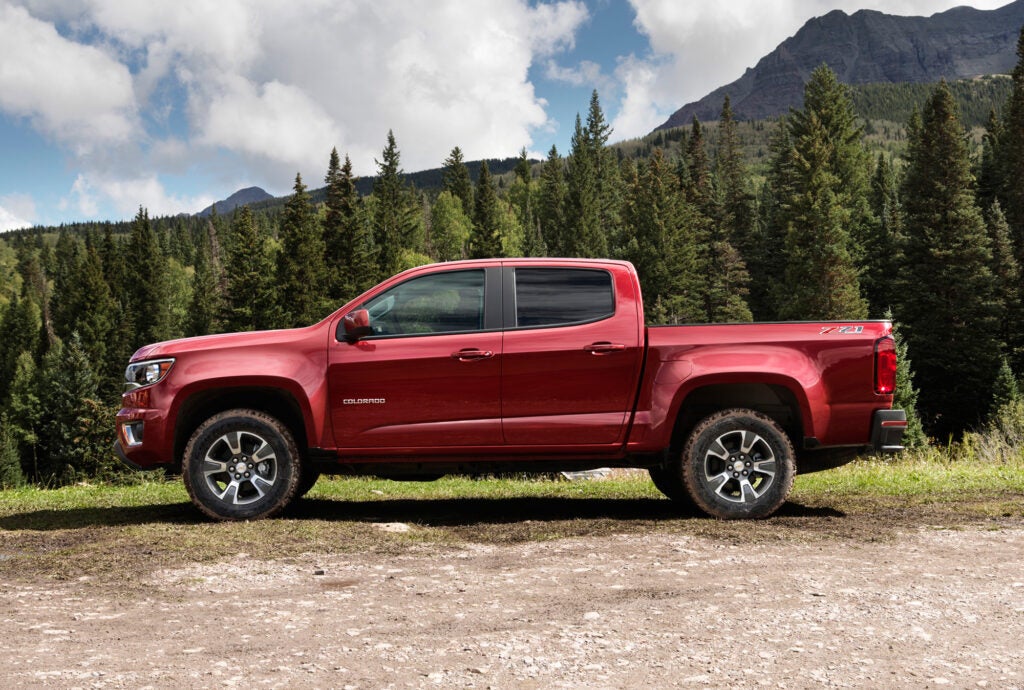 Back in the early 1980s, Chevrolet met the challenge of small, popular imported pickup trucks by introducing the S10. Given that these trucks were conceived in a world of bench seats and AM radios, the first versions were pretty Spartan affairs. Nevertheless, they appealed to those customers who wanted improved fuel economy and could live without an 8-foot bed. The field soon grew to include Ford and Dodge, both of which were weary of ceding sales to Toyota and Nissan, among others.

But by the end of the 20th century, the designs of many compacts were tired, and to be honest, a compact pickup, unless you got an extended cab, was a tight squeeze for most hunters and fishermen. Chevy eventually replaced the S10 in 2004 with the “midsize” Colorado, in order to keep buyers in the General Motors family.But given the business difficulties of the parent company during The Great Recession, which limited Chevy’s ability to update the truck to compete with Toyota, sales of the vehicle dwindled.

Since emerging from bankruptcy, however, General Motors has recommitted itself to building vehicles that Americans want to own, and the Colorado has greatly benefitted from the company’s renewed attention to this market segment. I had an opportunity to drive the 2015 Colorado in British Columbia recently while on a trout fishing trip with guide Clint Goyette near Squamish (as part of a Chevy event designed to showcase the truck’s outdoor capabilities).

So, to be clear, this is not a comprehensive review of the vehicle; it’s more of a first impression of a vehicle type that still appeals to many outdoorsmen. The driving portion, however, consisted of the types of surfaces most of us encounter when we fish and hunt—paved roads, gravel, and dirt trails.

After a couple of days in the truck I can say that if you’re looking for a truly compact truck, this isn’t it. The midsize configuration means an overall length that’s about two feet longer than the old S10. Fine by me; over the years I often had to squeeze my frame into a compact cockpit that was designed to accommodate someone significantly shorter. Of more importance, the Colorado is narrower than a full-size pickup, which is an advantage if you have to drive in a lot of traffic.

Like most pickups, the Colorado comes in an assortment of configurations. I spent my time in the Crew Cab Short Box with the 3.6-liter V6. I prefer this model because it offers real rear seats for any passengers, but has enough room for gear storage as well. I don’t mind the shorter cargo box, either. In real life my current truck spends five days a week parked at a commuter train station, and I appreciate a vehicle that’s shorter and narrower. On the weekend, when I hunt and/or fish, the box (with an accessory locking tonneau cover) holds hold my gear securely. I can also throw wet and muddy gear back there and don’t have to worry about soiling the interior. I prefer the utility of a storage bed to the closed confines of a sport utility, and this Colorado would allow me to keep the configuration that works best for me.

On the road, the Colorado is significantly quieter than its predecessor, and I found there was plenty of headroom and legroom for me. The dual-overhead cam V6 engine had enough power for passing, and it cruised at highway speeds without any strain whatsoever, thanks to a six-speed automatic transmission. Offroad, the suspension handled a variety of rough roads and trails without unduly jostling me or my passengers. If you opt for the Z82 trailering option, you’ll find that the truck can tow as much as 7,000 pounds, which puts in it Class III territory. The truck also features a smart touch that I first saw in the now-discontinued Avalanche—the CornerStep rear bumper. It’s a pair of foot-sized insets that allows you to quickly step up to reach items on the bed or on an accessory rack.

In a concession to the “connectivity” needs of a new generation of owners, LT and Z71 models boast four standard USB ports and built-in Wi-Fi. While I was loading the truck one morning, I watched a couple of kayakers strap their kayaks to the bed with Chevy’s dedicated kayak rack. Other Chevy-sourced storage accessories included cross-box rails and utility racks. The reason Chevy does this is to keep outdoor-accessory purchases “in house.” And when you have the dealer install this gear, the price of it gets rolled into the monthly payment, a process many owners prefer.

Chevrolet clearly believes that its re-investment in the midsize segment will yield big dividends. Obviously, Toyota and Nissan are the targets, and the process is aided by Ford’s decision to abandon the market. I think there’s plenty of room here for the Colorado, especially in 2016 when the truck will get a diesel-engine option as well as a power sliding rear window. Though Chevy advertises a starting price of a little over $20,000, that’s a base model with a four-cylinder engine. The model I drove has a list price of just over $30,000.