BE A PART OF HISTORY! 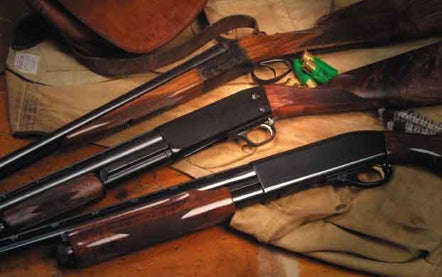 As part of its 110th anniversary extravaganza, Field & Stream is compiling a list of the greatest guns of all time, and we want to hear from you. What are your nominations for the best rifles, shotguns, and handguns of the last 110 years? We want no more than 5 nominations total, and we need a sentence or two with each one explaining why it’s the greatest.

Send your nominations to: webmaster@fieldandstream.com no later than October 31, 2004. Please include “F&S; GUNS” as your subject.

Thank you for participating.