What we learned from Vice President Cheney's Texas hunting accident. 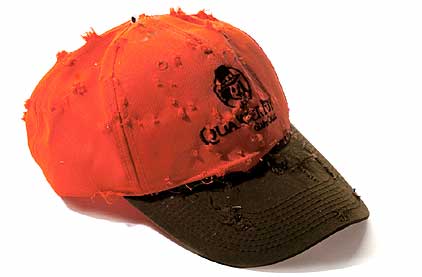 When Vice President Dick Cheney shot hunting partner Harry Whittington in February, it was tragic proof of something all hunters know: One thoughtless pull of the trigger can send a friend to the hospital-or the morgue. Because of Cheney’s status, hunting and hunter safety whirled around the national spin cycle for an entire week. Time and Newsweek ran cover stories that tried to explain “what really happened” on that South Texas ranch. Late-night talk show hosts made cutting jokes about Cheney’s shooting skills. Bloggers looked for conspiracies. And some of the information out there was plain wrong.

All hunters should have paid attention, because there was plenty to learn. Here are four key lessons:

1. You need to hunt defensively all the time.
Although some tried to blame the victim for not announcing himself, the vice president pulled the trigger on a low bird without knowing what was behind it. Cheney was at fault, period. But if you’re the victim, blame isn’t the issue. When someone runs a red light and broadsides your car, it’s their fault. But that doesn’t mean you should never look to the side before stepping on the gas. Remember: You’re afield with armed people who might screw up-even if one of them is the vice president.

Wear a blaze orange vest and hat when hunting (Whittington did), but don’t believe it makes you invulnerable. Speak up. Let people know where you are and keep track of your party as well as other groups.

Wear eye protection in the field. Whittington took several pellets to the face. His eyes were saved by shotproof glasses.

2. Let some of them go.
Some birds aren’t worth the risk of shooting at them. Cheney whirled around to take a quail that flushed behind him. To safely shoot a bird behind a line of hunters, you don’t spin and shoot; you point your muzzle straight up in the air so as not to swing it past anyone else. You turn around. With the muzzle up, you look for other people, dogs, and trucks before you point the gun. I’ve done this safely a million times, but after the Cheney accident, I may let those birds go.

3. Hunter-safety classes pay off.
Immediately after the shooting, a few of the vice president’s defenders downplayed the accident as a common occurrence. Ranch owner Katharine Armstrong said, “This is something that happens from time to time. You know, I’ve been peppered pretty well myself.”

The numbers tell a different story. Texas, which sells over a million licenses annually, recorded fewer than 30 hunting accidents in 2004. Only five of them involved quail hunters. Ms. Armstrong might want to start bird hunting with a different crowd.

Hunting accidents are rare because hunters emphasize a culture of safety. We wear orange; take hunter-ed classes (there is no record Cheney ever did); and stress proper gun handling at all times. The “one beer” the VP drank at lunch wouldn’t be tolerated in most camps I’ve been to. Hunting will stay safe so long as we remain hyperaware that anyone can unleash a load of pellets in the wrong direction.

We can’t become complacent. Unlike the vice president, we don’t hunt with an ambulance standing by.

4. A lot of Americans don’t understand shotguns.
The accident proved that lots of people harbor misconceptions about shotguns. One blogger wrote that a load of 7¿¿s would deliver a “gentle shove” at 30 yards. Unfortunately, many hunters are equally clueless. After my only close call in the field, the man who nearly head-shot me at 20 paces asked casually, “Did I pepper you?” Last fall, a hunter-safety instructor told my son’s class that “buckshot will knock a man down but it won’t kill him.” Now, if buckshot will drop a deer, what chance do you think a human really has?

In fact, a load of No. 7Â¿Â¿ pellets-the shot sizze that Cheney was using-fired at 1300 fps retains enough energy to break skin at 132 yards. That’s one-and-a-third football fields. At close range, shot doesn’t “pepper.” It wounds and kills. Everybody got that? >