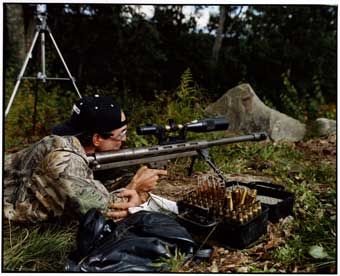 It wasn’t all that long ago that traveling to Alaska from the East Coast was an overland commitment measured in days. Today, given the favorable time-zone change and some modest luck with connecting flights, it’s possible to hail an airport-bound cab in New York City at dawn and before sunset hold a wriggling char or salmon fresh from the glacial wash of Alaska’s Kenai River. Travel from Anchorage to Kenai is either by air or by car (a 150-mile scenic ride). A couple of summers ago I experienced that minor miracle, traveling from the Big Apple to the bow of outfitter Tim Berg’s 20-foot aluminum Predator in one day. Most of the king salmon had already moved on when I hit the lower Kenai in late August, but there were still a few stragglers among the waves of silver salmon hopscotching upriver. Bowing to airborne silvers at boatside and chasing the occasional king downstream was a thrill on medium-weight baitcasting tackle, but the most exhilarating fishing experience occurred on the last full day in Berg’s care. That was when we ventured south to Seward for a day-trip out of Resurrection Bay, famed for its spectacular surroundings. The fishing was fabulous. On our third drift, with several lingcod in the boat, a 35-pound halibut surprised me when it finally surfaced boatside after a 15-minute fight. And then another did the same. And then salmon started hitting baits 30 feet off bottom-all on the same rigs. It was a mixed-bag fishing experience unlike anything I’d ever seen. The final tally for the day was 32 silver salmon, six lingcod up to 50 pounds (with as many thrown back), six halibut in the 30- to 40-pound range, several sea bass and one golden-eye snapper. Whew! Contact: Tim Berg’s Alaskan Fishing Adventures, 800- 548-3474; E-mail: tim@alaskanfishing.com; Web site: www.alaskanfishing.com.