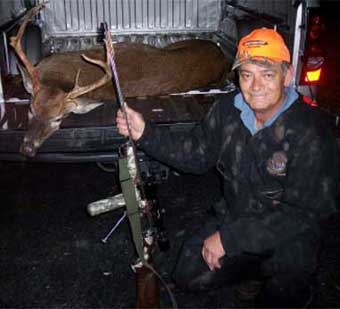 Mule deer hunters in the Grand Canyon State should focus on the Arizona Strip and Units 12a/b and 13a/b. Not only do these units produce trophy animals, but hunter success averages 60 percent. The most productive Coues whitetail hunts should be in Units 36a/b, near Tucson, where hunter success runs 20 to 30 percent, according to Brian Wakeling, Arizona’s big-game supervisor. Arizona’s eight-year-old drought resulted in severe drops in deer populations and the authorization of only 47,190 deer tags in 2001-a record-low number. But Wakeling says this year winter and spring rains have been good, and if the rain continues an end to the drought may be in sight. The southwestern portion of the state is occupied by desert mule deer; here the herd counts have increased slightly due to improved winter precipitation patterns. As a result, there has been a modest increase in harvest quotas. A good bet for desert muleys is Unit 43 or 44, where hunter success was a reasonably high 20 percent last year.