Rut Strategies for the Married Hunter

Some forces of nature are truly inexorable. 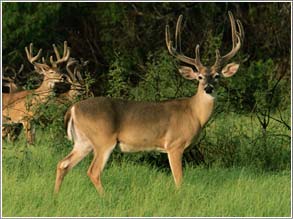 I think I have finally isolated the most important difference between whitetail bucks and the guys who hunt them. According to deer biologists, the mature whitetail is an essentially social animal (it communicates with other deer year-round by leaving scent) that prefers to spend the great majority of its time alone. The mature whitetail hunter, on the other hand, is most comfortable alone in the deer woods, but is compelled to spend most of his time in society.

If you think about it, we and the deer are really sort of mirror images of each other, and this phenomenon extends to the rut. In the whitetail’s world, it is the female who dictates when the rut starts. In the domain of the deer hunter, on the other hand, the female is often the one to decide when the rut hunt ends. This year, for example, my hunting ended on November 14 at 11:32 a.m. when my wife-in a nonverbal but unmistakable manner-declared it over.

Don’t get me wrong. I wouldn’t go back to being single on a bet. The benefits to the human male of marriage are well known. If forced to choose between my marriage and deer hunting, I would pause only long enough to gnash my teeth, wipe the tears from my eyes, and give fond good-bye pats to a Winchester .270, a Knight .50 muzzleloader, and a Mathews compound bow. Thing is, I don’t want to have to choose. I would be very happy with both.

But the married deer hunter must adapt, adjust, and improvise to hunt the rut effectively. Farewell, endless summer evenings glassing likely areas to see if there are any good bucks there. Adieu, early-fall days afield pinpointing food sources, doe bedding areas, and the funnels that connect them. And remember when you could hang 11 stands to account for differing wind directions? Those days have gone bye-bye. The most important element of rut-hunting preparation for the married hunter is building up a reservoir of goodwill against the toll of the coming season. October finds this woodsman taking his spouse out to dinner more often than he can afford, volunteering for double baby duty on weekends, and even attempting to cook dinner.

In recent years, I have made the ultimate sacrifice to fill the reservoir: forgoing Monday Night Football so that Jane and I can watch another riveting episode of Ally McBeal together. (Unfortunately, three of my single hunting buddies have found this out and now take particular delight in placing a conference call to me on Tuesday morning. “Man, Raiders killed the Broncos last night, 38-28,” they’ll say. “Great game. But, listen, the real reason we called is to ask if you think Ally and that cute guy in accounting are gonna get something going or what?” Then they all start laughing so hard they start to weep.)

Jane does not pretend to understand why I have to be in the woods in November, but she tries to be patient. Even her patience has an end, however, and this year the end came on November 14. That morning I had glassed a wide 8-pointer chasing a doe into a thicket and had come home just long enough to shower and put on fresh camo before returning to the woods.

In retrospect, it occurs to me that I may not have actually spoken to my wife for four days, which could have been the precipitating factor. While I was lathering up with scent-killing soap, a familiar woman’s hand appeared wordlessly inside the shower curtain. In the palm of that hand sat a baby, who was grinning up at me as water darkened her pink terrycloth onesie. I took my daughter, whose diaper was heavy and odorous. I heard the door to the bathroom click shut. I looked at my watch. It said 11:32. At that moment, the rut had just ended.