If You Want to Hunt Forever

Seven crucial measures to ensure the future of the sport. 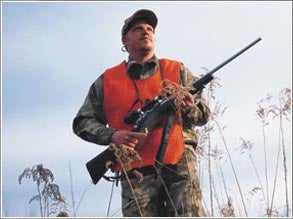 Hunters today have an uphill battle. We face a rising tide of wildlife sentimentality, a nationwide decline in quality hunting habitat, and decreasing access to the habitat that’s left. Yes, there’s still a lot of game around, but anyone who’s seen a strip mall go up on his favorite dove field or grouse covert knows the threats are real.

We have some advantages on our side. Nonhunters still accept the sport as a legitimate way to acquire meat healthier than slaughterhouse fare. Numerous surveys also suggest that most people will continue to accept hunting as long as they feel every sportsman obeys the law, shoots carefully and accurately, and utilizes every part of the wild birds and beasts he kills.

But if we don’t make the effort to perpetuate the privilege of hunting right now, we will end up losing it. It is crucial that we all take the following seven steps:

**1. Put ethics above all. **The public image of hunters should be above reproach. Just as important as following the law, we must adhere to all standards of fair chase. Although no state prohibits shooting a sitting or swimming bird, for example, it’s unethical to do so-unless the bird is wounded and might otherwise get away. In that case, not shooting the downed bird is unethical.

2. Be an expert shot. Visit a target range often, and especially just before each season. We owe it to the creatures we hunt to shoot our rifles, shotguns, and bows accurately.

3. Master ballistics and distance. Some years ago, a Wisconsin study found that most duck hunters overestimate the effective range of their guns and underestimate their distance from flying birds. Drill yourself on guessing how far you are from various “targets.” Pick an object and pace off the yardage, or use a rangefinder to check distances.

4. Excel at tracking wounded game. A significant percentage of wounded, uncollected gamebirds and animals could be found if hunters exercised greater skill and persistence in tracking them. Following sign and finding an animal that would otherwise be lost is, in its own way, as much of a triumph as dropping the animal with the first shot.

**5. Use as much of the animal as possible. ** This step goes beyond eating the flesh of the game we kill. We can tan hides and make clothing and other goods out of the leather. The National Wild Turkey Federation has a program that supplies Zuni Indians with turkey body feathers for native rituals. The Mepps company uses squirrel-tail hair for their spinners and will trade finished lures for tails. Saving fur and gamebird feathers for anglers-who have no way of acquiring such feathers legally if they do not hunt-is good PR for our sport.

6. Stop the politicization of conservation. Some hunters’ associations today raise fear-and money-by suggesting that support for any environmental issue is indirect support for the antihunting or anti-gun movement.

Hunters used to be found on the front lines of the never-ending war to save wild America. Now many modern hunters seem to believe that saving the Second Amendment is all that matters. If we keep going the way we are, we could end up with a closetful of guns with no place but a shooting range to use them.

**7. Take a kid hunting. **All kids are innately curious about hunting and the outdoors. Expose them early-before their interest is snuffed out by antihunting peers. Teach them about the cycles of life and death in the wild, the relationship between predator and prey, and our role as participants, not observers, in nature. This last step is most important. If we don’t invest in the future of our sport, the first six steps become moot.

If you have other ideas about what we can do to ensure the future of hunting, voice your opinion by emailing us at webmaster@fieldandstream.com.