The Lost Art of Squirrel Hunting

Do you have the skills for fall's first game? 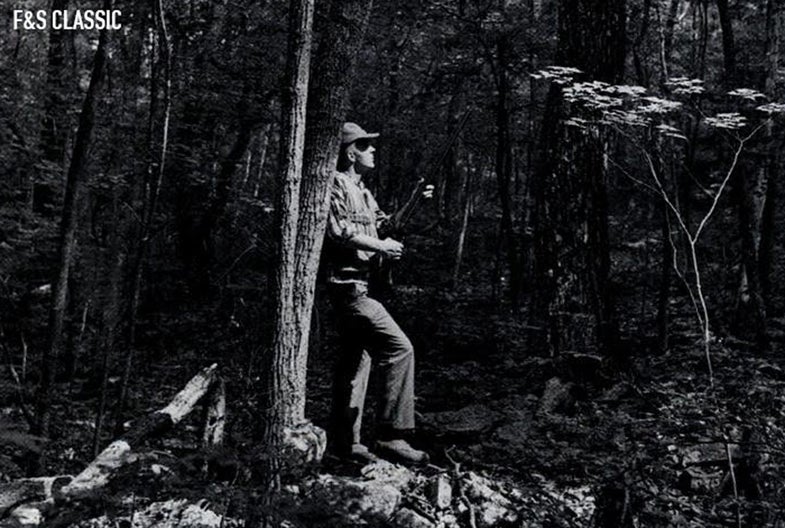 Show me a squirrel hunter, and I’ll show you a fine woodsman. Too many people put them aside to chase bigger game, yet hunting squirrels requires a set of skills as challenging and rewarding as any deer hunt.

Squirrels congregate where mast crops mature. As you scout, look for fresh cuttings-chewed-up nutshells-and for the spectacularly sloppy, leafy nests that squirrels build in the tops of den trees. Early in the season you’ll find squirrels in hickory and walnut trees. Later, they’ll move on to beechnuts and acorns. They often feed in picked cornfields after harvest. With the onset of winter, squirrels spend much of the day on the ground, searching out nuts they buried throughout the fall.

Squirrels, like deer, are most active early and late. They’ll move about more on calm days, preferring to keep a low profile when high winds rock the treetops. Pick a spot in easy range of a den tree or feeding area. Wear camo, sit against a trunk, and be the tree. Watch for dipping, swaying branches, swishing leaves, and even the fall of cuttings to the forest floor. Listen for the gnawing sound of buckteeth on nutshells, of claws skittering on bark, or the startlingly loud rustle of leaves. Remain still after you shoot; often, the pop of a .22 or even the louder boom of a shotgun won’t disturb the squirrels for long, and you can take several from the same stand.

You can stroll through the woods and cross paths with an unlucky squirrel or two, but true, stealthy still-hunting is far more successful. Use logging roads or game trails to minimize the crunch of leaves underfoot. Once you spot your game, stalk close. If you do run one up a tree, be patient. Sit down and wait it out. Fox squirrels, especially, will eventually move around the tree to see what you are, or forget you’re there and resume activity.

Calls work, not so much to bring squirrels into range, but as locators. They answer out of territoriality, or they chime in to spread an alarm. Fortunately for us, they seem incapable of barking without also waving their tails to show you exactly where they are. The traditional bellows-type squirrel call is easy to run. Just tap it against your palm or your gunstock. If you spook a squirrel into hiding, give a few soft barks to make it come out for a look.

Another call, the high-pitched distress whistle, imitates a young squirrel being attacked by a predator. Blow the call while you thrash a branch to make a commotion, and the treetops may fill with agitated, barking squirrels. Sometimes they’ll actually come to the source of the disturbance, especially early in the season when the leaves are still up and they can’t see far. More often, they’ll simply show themselves. Sneaking into gun range of a squirrel that’s been alerted to danger is about as hard as stalking gets. If you run it off, don’t worry about it. The woods are full of other squirrels, and likely as not, you’re the only person hunting them.