Getting Your Gun’s Worth 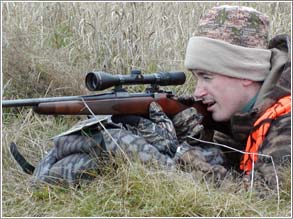 Q: My grandfather is trying to sell his Remington 700 BDL in 7mm Remington Magnum for a reasonable price. The rifle was purchased in 1965, is in excellent condition, and shoots tight groups. All the gun stores that have appraised it say it’s not worth more than about $350. Are we not being told the truth, or is a rifle like this really that cheap? –C.K.

A: You’re being told the truth. The worth of any rifle lies not only in its condition but also in its rarity. Your grandfather’s rifle, while a very good one, is also very common. Hundreds of thousands of Remington 700s in 7mm Remington Magnum have been made. You can buy a brand-new one for under $400, though admittedly it won’t be the BDL grade. Even the BDLs have been upgraded since your grandfather’s was made. Today’s all have cut checkering, instead of the impressed checkering used in 1965.

A: Both are good guns, but I’d personally choose the Winchester with a 28-inch barrel. (In fact, I already have, my lone 3-1/2-inch 12-gauge.) Franchis are nice guns, but lately I’ve heard of some repair-service problems, which you shouldn’t experience with the American-made Winchester. A 28-inch barrel is noticeably easier on the ears when those big honking 3-1/2-inch rounds go off, even if you’re using earplugs, as you should be.