In October, Dale Hall was sworn in as the new USFWS director. Check out what he has to say about public land access, protected predators like wolves and grizzly bears, and the USFWS policy on CWD. 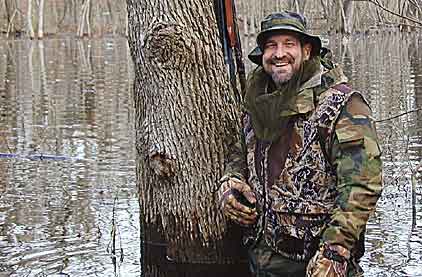 F&S;:Should hunters be expecting more or less access to public land?
Hall: One of my concerns is the future of hunting and the ability to recruit young hunters. With the cost of leases going up, public lands become extremely important, and we need to do everything possible to open up all opportunities for hunting so that we can make sure that it’s not an elite sport 50 years from now.

F&S;: On that topic of hunter recruitment, what can be done at the federal level?
Hall: Our role is to work with the major hunting and fishing organizations, and arms, ammunition, and fishing tackle manufacturers, and also with the state game and fish agencies. It’s critical to reach the next generation and have them understand the aspects of hunting that go beyond shooting a gun. To a lot of people, the outdoors is a cathedral; it’s their place to commune. Hunting is just one avenue for that to happen, but it’s one that we can’t afford to lose. If we get young people interested in hunting, then we can preserve more natural habitat in the United States.

F&S;: As you assumed the directorship, what was No. 1 on your agenda?
Hall: I have priority issues in each of our programs. For example, in fisheries, the National Fisheries Habitat Initiative is super important to us. In endangered species, finding some clarity and consistency in how we approach the law and getting some better definitions. In refuges, getting some better guidance out on our policies to make sure that we give every opportunity to hunters and fishermen.

But the most important thing that I’ll want to do is to strengthen our roots in conservation. The Fish and Wildlife Service for over 130 years has been a conservation organization. And I really appreciate the hunters and fishermen of the United States as being staunch conservationists. We are where we are today because of them. They’re the only group I’ve known to ask to be taxed so that they can contribute to natural resources. They started off asking for the duck stamp, then they asked for sport fish and wildlife restoration programs that now generate up to $700 million a year.

F&S;: What’s a typical hunting season like for you?
Hall: Well, it fluctuates, but let’s go through the fall of ’04. I started off dove season in Arizona having those little birds embarrass me. Then I had a wonderful duck hunting trip in Oklahoma. My favorite way to hunt ducks is to wade out about waist-deep and behind a tree, put the decoys out there. After that I went quail hunting in New Mexico. Actually right before that I killed a 274-pound wild boar. The last thing was an elk hunt. Now, I scheduled three turkey hunts in there that got cancelled because of business. But this past September, I killed an oryx down on the White Sands Missile Range. Then in October I went pheasant hunting in South Dakota.

F&S;: Not a bad year. What do you enjoy the most?
Hall: I just love duck hunting in bottomland hardwoods.

F&S;: Anyone you’d like to hunt or fish with?
Hall: Chuck Yeager. He epitomizes for me the roll-up-your-sleeves-and-earn-your-way-through attitude.

The Interview Outtakes
When we spoke with Dale Hall a few months after he’d been named head of the USFWS, we couldn’t fit all of his comments into our March 2006 issue. Here’s the balance of that interview.

F&S;: What do you think the Federal Government’s role should be in the containment of CWD?
Hall: Well, we’ve been fairly involved with the International Associaation of Fish and Wildlife Agencies, which is the representative group of all the state game and fish agencies. Since the deer, elk, and other animals that tend to be impacted by CWD are really state species, our role is to support each state in any way that we can. How they’d like us to work with them varies from state to state, but we’re there to assist them in managing issues within the states that are under their jurisdiction.

F&S;: How high is the issue of exploding wolf populations on the USFWS’ priority list?
Hall: It’s very high on our list. We were extremely disappointed with the Oregon decision where we were moving to down-list and de-list certain populations of the gray wolf, and turn it over to the management of the state where it should be when populations are healthy. That court case stopped all of that, which means that we have to continue to work even harder with the states in the interim to reach a solution.

Finding the proper balance between predator-prey relationships is really important. When you’ve had a species in the environment that for a long time didn’t have one of its predators, then we reintroduce that predator, there has to be a new equilibrium that is reached between predator and prey. If we can’t manage and control the predator populations, the prey populations are the first to suffer. So we’re very concerned about that, and we’re working in every way that we can with the states to get that under control.

F&S;:On a related issue, do you see wolves and grizzly bears coming off the endangered species list?
Hall: Well, for the grizzly bear we have proposed a re-classification to make Yellowstone a distinct population segment and to propose its de-listing. And to me, that sends a very positive message that by working in cooperation with all of the groups that were involved in the Yellowstone experience, we can reach a point in the future where we can take the bear completely off the list. I’m optimistic that we can do that. And I’m optimistic about the wolf for the same reasons.

F&S;: Growing up hunting and fishing in Kentucky, did you always set out to make a career out of your love of the outdoors?
Hall: You know, no I didn’t. After I got out of the air force and went back to college, I was actually pre-dental-I was going to be a dentist. And along the way I took a fisheries course, and realized that that’s what I really wanted to do, and I shifted. And I think that it was my background and foundation in the rural environment I grew up in that subliminally told me that that’s what I would be happy doing, and it wasn’t wrong. I’ve absolutely enjoyed my entire career.

F&S;: Are your kids growing up into outdoorsmen?
Hall: Oh yes, they’re pretty outdoorsy. I have 2 daughters and a son. My son probably is-it’s kind of hard for me to accept-but he might be more fanatical about hunting and fishing than I am. My daughters enjoy going outdoors, they enjoy fishing, they haven’t grasped hunting so much, but they appreciate hunting. And they sure like to eat the game.