Field & Stream's Doug Pike, a Texan who covers the outdoors for the Houston Chronicle, follows up on the VP's appearance on Fox News yesterday evening. 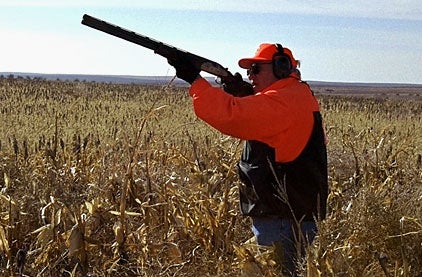 “I’m the guy who pulled the trigger,” the vice president said. “That’s the bottom line.”

In the interview, Cheney laid out details of the Saturday-afternoon incident in which he shot 78-year-old Harry Whittington during a quail hunt.

“The image of him falling is something I’ll never be able to get out of my mind,” Cheney said.

Cheney drank a beer with lunch. It’s good that he admitted to it, but the consumption took place hours before the shooting. It’s a nonissue, much as this whole incident should be soon. (For the record: Alcohol was a factor in only two of the 101 hunting accidents reported in Texas during the past three years.)

This accident was caused by poor judgment, and Cheney was right to come forward and say so. He called Saturday “one of the worst days of my life,” as it would be for any hunter thrust into the same gut-wrenching position.

It’s important to note that early reports putting Whittington at fault were just plain wrong. The ultimate responsibility for an accidental shooting lies with the person who fires the gun, as the vice president finally pointed out.

Compared to other sports, hunting is a safe activity. According to statistics from various agencies that were compiled by the National Shooting Sports Foundation (click here to read their report), in 2002 there were 47 hunting-related accidents per 100,000 hunters. You’re less likely to be injured while hunting than while playing golf (139 per 100,000 golfers), roller-skating (396 per 100,000), or playing softball (926 per 100,000).

Doctors in Corpus Christi say the Austin attorney is on the mend and expected to make a full recovery. His health could change, they say, but more because he’s 78 than because he was hit in the face and chest by a barrage of No. 7 1/2 pellets from Cheney’s 28-gauge shotgun.

Still think the VP’s mistake will do significant damage to the public’s perception of hunters? Let us know by taking the latest F&S; poll on the home page (it’s near the bottom left of the page).

Now that you’ve all heard more of the story from the mouth of the man himself, has anybody changed their opinion of situation? We still want your comments, and may still publish them in our May 2006 issue of the magazine.
Click here to send us your comments
Click here to read previous comments on this topic

And keep reading to review Doug’s previous story on the issue:

The Cheney Hunting Accident: A Texan’s view of the so-called “Texas hunting protocol”
Doug Pike is a Field & Stream contributing editor who covers the outdoors for the Houston Chronicle. Here’s what he has to say about reports suggesting that bird hunters in Texas follow different gun safety rules than bird hunters anywhere else.

Upland bird hunters everywhere knew exactly what had happened when word spread this past weekend that Vice President Dick Cheney shot a quail-hunting companion in South Texas, but some media reports made it sound as if the victim were to blame.

A quail flushed. Vice President Cheney swung his 28-gauge shotgun on the bird and tugged the trigger. His 78-year-old buddy, Austin attorney Harry Whittington, took a piece of the shot string in the upper body and face. Luckily, they were about 30 yards apart, far enough that pinhead-ssized quail shot did minimal damage.

Reports from the owner of the ranch where the VP was hunting that Whittington violated some sort of “Texas protocol” requiring hunters to make formal announcement of their comings and goings in the field were a bit misleading. Everywhere that upland birds are hunted, the drill is pretty much the same. It makes sense to let other hunters know when you’re moving to the left or right, or that you’re back after visiting a nearby tree, but there’s no requirement to do so. The onus is on everyone who carries a gun not to shoot at anyone else.

Cheney shot another hunter. Sooner better than later, he should own up to his mistake.

Think the VP’s mistake will do significant damage to the public’s perception of hunters? Let us know by taking the latest F&S; poll on the home page (scroll down, it’s near the bottom left of the page).

And we’d like to hear more from you about what you think of this incident, so click here to send us your comments. If we like them, we may publish some in our May 2006 issue of the magazine.

Safe hunting, everyone. –The Editors