When if comes to survival, no power beats pork power. 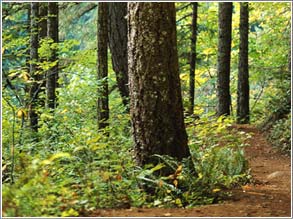 That’s right, oink; for number two is not the antelope, not the elk, not the black bear. The Avis of animals is the porker-a.k.a. piggy, piney-rooter, wild hog, feral oinker, razorback, Russian (or Eurasian) boar.

Call him what you will, the pig is pervasive. He is found in at least 23 states in numbers well exceeding 2 million. Fourteen of those states require licenses to hunt the hog; in California the piggy is so revered he has been classified as a big-game animal since 1956, subject to the attendant seasons and license requirements of his indigenous kin. Texas has at least 1 million hogs. Florida has the second-largest population, over half a million, and regulates hog hunting on public ground. In some years Floridians kill more hogs than deer.

The Worldly Pig
Hogs make our other populous naturalized aliens-pheasants and brown trout-look as if they just stepped off the boat. Pigs were brought to the Hawaiian islands by Polynesians as early as 1000 A.D. Columbus was thought to have released eight swine in the West Indies on his second voyage to the New World in 1493. Forty-six years later Hernando DeSoto brought 13 of Columbus’ porkers from Cuba to Florida, and throughout the rest of the 16th century Spanish explorers released hogs through the Southeast and Southwest.

Porkers were set free to roam because of theirpredilection for survival. Pigs are woods smart and gritty. Turn one loose on an island and he will probably survive to be hunted down by the next band of human castaways that washes ashore. That was the motivation behind the nautical custom of loosing hogs on islands around the globe, a custom DeSoto brought to the New World. There is an outside chance that the bloodline of DeSoto’s pigs runs through wild hogs today; certainly, current wild hog populations can be traced to at least the 18th century.

If you ever have encountered feral hogs, you can see that wild streak. They neither look nor act like their barnyard kin. They are rangy, lean, and exceptionally keen of nose and ear-and their eyes are better than most hunters think.

Pigs can live in the mesquite scrub of South Texas, the swamps of Alabama, or the hills of New Hampshire. Prolific breeders, sows are also excellent mothers. “A sow may give birth to four to six piglets, but eight will survive,” says a Texas biologist. Omnivorous, porkers are better at rooting out acorns than deer or turkeys are (after all, pigs are used to find truffles in Europe). They prey on snakes, birds, and the young of domestic and wild animals, and are so efficient in their eating that the remains of a pig kill are often no more than a wisp of hair and a track.

Wild Blood
It is the porker’s fearsome reputation that holds a particular attraction, however, a reputation often underscored by taxidermists who mount hogs with tusks pulled two inches out of their jawbone so those potent scissors, which can reach 6 inches in length without dental enhancement, look like the fangs of the Devil.

Wild pigs grow large: 400-plus pounds is not unheard of for a feral pig, and a porked-up domestic boar can top a ton. Most will fight if cornered. On occasion, one will charge without provocation. A bowhunting friend of mine shot a hog in Texas. When he tracked it down, two other pigs appeared and created such a jaw-popping, hoggish racket that my friend retreated up a tree. The two healthy hogs proceeded to eat their recently departed kin. That sort of story is not rare among hog hunters. Throw in the mystique of Russian or Eurasian wild boar lineage, and the porker’s reputation for ferocity is ssecured.

How much of that “wild boar” blood exists in porkers running about the United States is a point of speculation. Allegedly, there is a true wild boar population on a game farm in New Hampshire and on a few ranches in Texas, but most of the feral spareribs in this country have only a touch of Eurasian boar in their parentage, if they have any at all. Those who sell hunts for pigs will often brand a rangy, black hog as a pure Eurasian or Russian boar. And given the lethal glint in such an animal’s eye, most sports need no more convincing.

In truth, black and rangy does not turn a feral porker into a scimitar-toothed Cossack. According to a paper delivered by biologists John Mayer and I. Lehr Brisbin, Jr., at a symposium on feral hogs, “…the coloration in pure Eurasian wild boar consists of light brown to black bristles with cream to tan distal tips…Feral hogs are variable in coat coloration patterns; common patterns include all black, all red/brown, all white, spotted, belted, and miscellaneous rare domestic patterns (e.g., blue or gray roans).”

How can one tell a feral pig from a Eurasian boar? Mayer and Brisbin’s research has showed that the most dependable method relies on, “Seven cranial measurements in adult males and three cranial measurements in adult females.” They noted, however, that, “…in general, Eurasian wild boar tended to have longer hind foot and snout lengths than either hybrids (wild boar and feral pig crosses) or feral hogs.” When it comes to pigs, the nose knows.

Hog Hunting Strategies are as varied as the country in which the pigs live. In the swamps and thickets of the South, hunters often rely on dogs to bay up pigs. In the more open landscapes of Texas or California, glassing and careful stalking work. No matter where you hunt, however, a few general observations hold true.

1) In warm weather, hunt near food sources or water in the early morning and late afternoon when pigs are on the move. During the day, keep your eyes open in dense cover where porkers lay up.

2) As the weather cools, expect to see pigs feeding at any time of day.

3) When you spot feeding pigs, note what they are eating. Pigs are such efficient, smart diners that they will work an area repeatedly until all the food is gone. If, for example, they are feeding on a mast crop, continue to check that area and similar areas. Chances are good you will encounter them again.

4) Use enough gun or bow. Pigs have a stout shield of thick hide protecting their vitals. They do not go down easily. A .30 caliber or larger rifle is adequate; for a bow, use at least 55 pounds.

5) A pack of pork is particularly difficult to stalk. First, you must have the wind. Second, note their general direction of travel and try to intercept them rather than move straight in. Finally, if you are spotted, freeze. Often the pigs will calm down in a few minutes and resume their business, but remember that after such an alert, they will be more on their guard.

6) One general rule about safety: Before you pick a target, pick a tree.-L.A.