Upfront: Too Many Elk?

Elk are on the increase. Good news, right? Well, some people say we have too many elk. 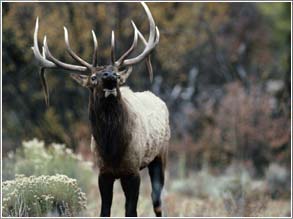 Yellowstone Park, the great elk repository that once fueled transplants throughout the West, now has no place to put surplus animals. Elk on private and national forest lands are competing with cattle for grass, and deer hunters have begun to complain because the recent elk boom has paralleled a dramatic slide in mule-deer numbers. But capping the elk gusher is proving tricky.

The Park Service tried it in Yellowstone during the early sixties, with its own riflemen on the range. Hunters and outfitters protested: Why slaughter big game at taxpayer expense? A moratorium stopped that, and “natural regulation” became the Park mantra. Under this regime, elk herds would supposedly achieve their own balance with the environment. Not so, says Dr. Charles Kay, an independent biologist who claims the Northern Range is being stripped bare of vegetation, especially aspen. He says that pressure from hunters and predators must be strong to keep elk herds in check and the land green. Hunt in the Park? Voters won’t have it!

On national forests, where most elk belong increasingly to outside interests that keep the public off, these owners needn’t make a living off livestock, so they can tolerate elk damage. Antlerless hunts designed to trim herds fail when the elk funnel into these private havens.

How many elk is enough? That depends on whom you ask. Some ranchers are cashing in on hunters’ demand for big bulls by managing their property to benefit elk and charging stiff fees–say, $8,000 and up. But small holdings can’t contain migratory bulls or protect old bulls. These transient herds of unmarketable elk become a nuisance by damaging fences and haystacks and pounding out stream banks.

Public timberlands are no longer managed mainly for big game, trees, and livestock. One national forest recently advised increasing elk harvests, though elk were at target levels. Reason: Ranchers complained because their grazing allotments had been cut. Reason: Federal biologists wanted more ground cover to protect voles, a food source for hawks. Not that many years ago, hawks were vermin to be shot.

Elk management has become less a scientific endeavor and more a social issue. But arguments over elk numbers have been around awhile. In 1926 the Hoover administration launched an Elk Commission to help elk increase. A year earlier, just a decade after successful transplants, Utah established a Board of Elk Control. Raising elk seems easy. Figuring out how many to keep around is harder. Trimming the excess may prove harder still.