Light weight, quick maneuverability, and dual barrels are earmarks of the ultimate gun for flushing birds. 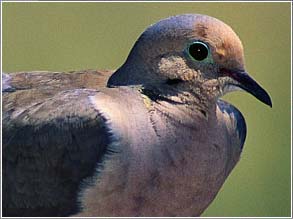 Lean, light, and fast to the punch, the upland gun is a welterweight, not a slugger. You need a gun you can carry across miles of tall grass and through acres of dense thickets. When birds do blow up at your feet, that gun you’ve been toting the whole time should swing, mount, and shoot with barely a conscious thought on your part.

ACTION
A pair beats a flush in the uplands. There’s no denying that a repeater’s third shot can get the bird you missed with the first two, but two-barreled guns possess a lively feel that few repeaters can match. Two barrels also mean two chokes. You get a wide spread of shot for the flush, a tighter pattern for the follow-up shot. Another great advantage: You can easily open a break-action with a flip of the lever to safely jump creeks, slide down banks, and cross fences.

Over/under or side-by-side? Take your pick. Shooters raised on pumps, autos, and clay-target shooting often prefer looking down the narrow plane of an o/u’s vertical barrels; others like the sensation of peering across the broad expanse of a side-by-side’s paired barrels. The current popularity of o/u’s means there are more stackbarrels than doubles to choose from. Side-by-sides are lighter than o/u’s and their shallow frames nestle low in your hands for easy, natural pointing. To take advantage of the instant choke selection two-barreled guns offer, you have to shoot a two-trigger gun, which generally means a side-by-side.

GAUGES
An all-around upland gun should handle loads from 7/8 to 11/4 ounces of shot, so a few gauges qualify. Best gauge is a tie between the 12 and the 16. A proper 16, built on a small frame, may be the perfect upland gun: nearly the ballistic equal of a 12-gauge and a pound or so lighter. Unfortunately, many 16s amount to nothing more than 16-gauge barrels stuck on 12-gauge receivers. The 12 patterns an ounce of shot as well as or better than any small gauge, and you can load it up to 11/4 ounces when you need extra reach. The trick is finding a light enough gun.

The 20-gauge runs a close third to the 12 and 16. It’s possible to load the 3-inch 20 with up to 11/4 ounces of shot, although it patterns best with 7/8- to 1-ounce payloads. The 20 is enough gun for everything up to and including pheasants at medium ranges, and there are plenty of slim, light 20s on the market. The 28-gauge is frighteningly lethal inside 30 yards despite packing a mere 3/4 ounce of shot. Nevertheless, it’s out of place on the open plains.

WEIGHT/BARREL LENGTH
There’s no reason to haul even an ounce more than 7 pounds across the uplands. However, many people have difficulty shooting well with shotguns weighing much below 6 pounds. Such featherweights carry divinely and mount fast, but they lose momentum quickly and it’s too easy to overcontrol a wisp of a gun. So the ideal weight range of a bird gun is 53/4 to 7 pounds.

Although an upland gun needn’t have the muzzle-heavy feel of a target gun, a smidgen of weight up front helps smooth your swing. Twenty-six-inch barrels are the minimum, 28-inch-barrels are better. True, short-barreled, muzzle-light guns are quick to the target, but it’s follow-through that kills birds. Since double guns are already compact (about 3 inches shorter than repeaters of the same barrel length), there’s no need to pick supershort barrels for the brush.

CHOKES
Although screw-in chokes allow you to fiddle with different constrictions, leave the fast choke changes to the clay-target shooters. Most upland birds fall within 30 yards of the gun. Improved Cylinder or even Skeet in the first barrel and IC or Modified in the second covers the majority of upland situations.