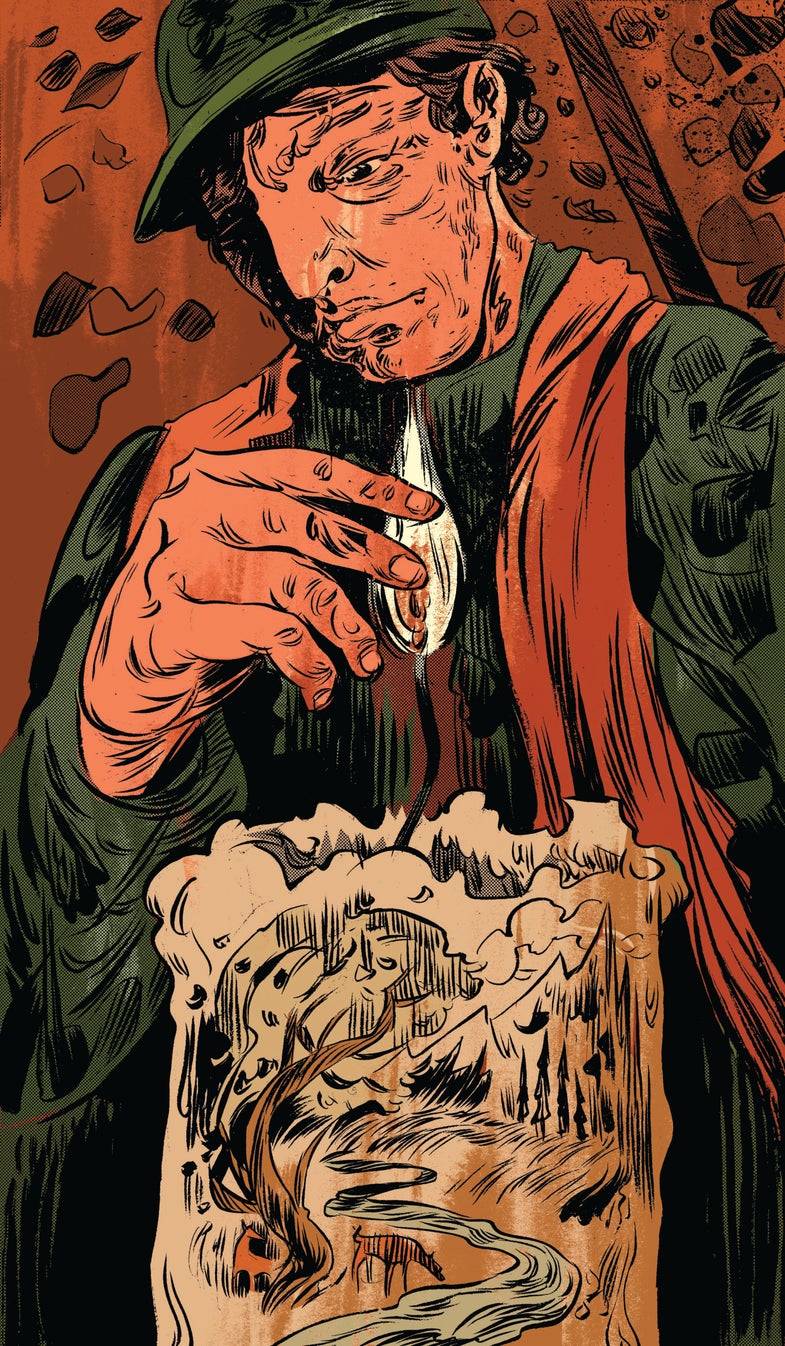 When I was in college years ago, one of my professors used a simple but very effective symbol to illustrate the urgency underlying conservation issues that involve public lands: He lit a candle.

But the bigger lesson came after the wick was snuffed out. The candle was smaller–and always would be. The point couldn’t be clearer: Our public resources are finite. Once consumed, they are gone forever.

That is the guiding principle sportsmen must keep in mind as they fashion a conservation agenda for the Obama years. The loss of public lands won’t automatically stop because a new guy is in the White House. Sportsmen need to act now. Here’s a game plan for the next four years–the fires we need to stamp out.
**
1 | Pass the Clean Water Restoration Act.** Among the many accomplishments of the 1977 Clean Water Act was the protection given temporary and isolated wetlands, among the most important habitats for waterfowl and a host of other wildlife. But in 2006, the Supreme Court ruled that Congress had never intended the law to include those habitats, effectively putting more than 20 million acres of wetlands at the mercy of the dredge, drain, and cement crowd.

Conservationists in Congress reacted immediately by proposing the Clean Water Restoration Act, which specifically included those wetlands. But the Bush administration and its congressional allies blocked that initiative.

This is an easy but very important fix. Pass the Clean Water Restoration Act and provide a new wetlands guidance to the U.S. Army Corps of Engineers and the Environmental Protection Agency that will remove any ambiguity about what can and should be protected.
**
2 | Improve the Conservation Reserve Program.** CRP, a section of the Farm Bill that pays landowners to grow wildlife habitat on marginal croplands, is the single most important and effective private-lands wildlife conservation program in history–but it’s in big trouble.

Over the last 18 months the push toward ethanol and other grain-based fuels resulted in exploding prices for corn, prompting many landowners to begin looking for bigger profits by putting CRP land into crop production.

But the problems were just beginning.

The 2008 Farm Bill reduced the CRP authorization from 39 million acres to 32 million starting in 2010, and did not sufficiently increase payment rates to compete with rising commodity prices. And while some 4 million acres of CRP contracts have expired in the last year and another 8.4 million will expire by 2010, the U.S. Department of Agriculture has not held a general sign-up for landowners since 2006. Then it began letting some landowners out of CRP contracts penalty-free.

Sportsmen must insist on a course correction for CRP. That includes more equitable adjustment of rental rates and improved incentive programs to encourage landowners to enroll, and urging the USDA to hold a general sign-up this year.
**
3 | Reform energy and mining programs on federal lands.** Nowhere was the Bush administration’s ­business-first ideology more ruinous to sportsmen’s interests than in the areas of energy and mining development on federal lands. From Utah to Montana, West Virginia to Alaska, changed regulations stripped protections from prized fish and wildlife habitat that had been the law of the land for decades.

It was enough to send sportsmen’s groups–­traditionally supportive of “wise use” of public land–into courtrooms, especially in the West. There was nothing wise about giving mining and drilling operations exemptions to environmental regulations. The nadir of this downward spiral came when the Bureau of Land Management was instructed to make sure fish and wildlife programs would not negatively impact energy development, reversing a standard and giving sportsmen’s interests the lowest possible priority.

New Secretary of the Interior Ken Salazar quickly moved to cancel or postpone energy leases in critical areas of Utah and Wyoming. But as long as the bureaucratic machinery erected by the previous administration remains in place, fish and wildlife habitat will be endangered.

Sportsmen should push for a thorough overhaul of energy and mineral leasing procedures, reestablishing the priority of fish and wildlife programs in impact assessments and removing waivers on environmental impacts. Leasing in crucial wildlife habitats, such as winter ranges, migration corridors, and wetlands should be banned.

And the General Mining Act of 1872 should, at long last, be replaced by a new law that protects public property–such as land, water, air, and wildlife. For more than 135 years, this law has given away perpetual mining rights for as little as $2.50 an acre. It remains one of the most severe threats to millions of acres of prime hunting and fishing lands in the West.
**
4 | Address climate change.** Many sportsmen accepted the reality of climate change long before the general public because we were among the first to experience the impacts. You don’t have to ask a moose hunter in Minnesota or a duck hunter in Louisiana if global warming is real.

The latest studies have only strengthened forecasts of the perils fish and wildlife will face as temperatures and sea levels rise. But there is good news here: Most programs being discussed to address global warming also provide tremendous opportunities for fish, wildlife, and sportsmen.

Wildlife habitat programs that increase plant and tree production not only offer sequestration for carbon dioxide but also can provide feedstock for alternative energy sources, such as cellulosic fuels. And any move away from fossil fuel extraction means less disruption of the natural ecosystem. For example, if the market for coal–a major polluter–begins to dry up, fewer mountaintops in the Appalachians will be dumped into surrounding streams.

And the fees charged for pollution credits under widely discussed cap-and-trade systems to reduce air pollution could provide desperately needed funding for state fish and wildlife agencies.
**
5 | Maintain the new alliances.** The Bush administration did have one positive impact on the environment: It helped forge new, more powerful alliances in the green community. The wall that has long separated sportsmen’s groups from mainstream environmental organizations wasn’t knocked down, but it was lowered enough for handshakes to be exchanged. The result was more access to decision makers all around, and a more effective lobby for fish and wildlife.

Keeping those coalitions together should be part of the new agenda, because they will be key to extinguishing those fires.